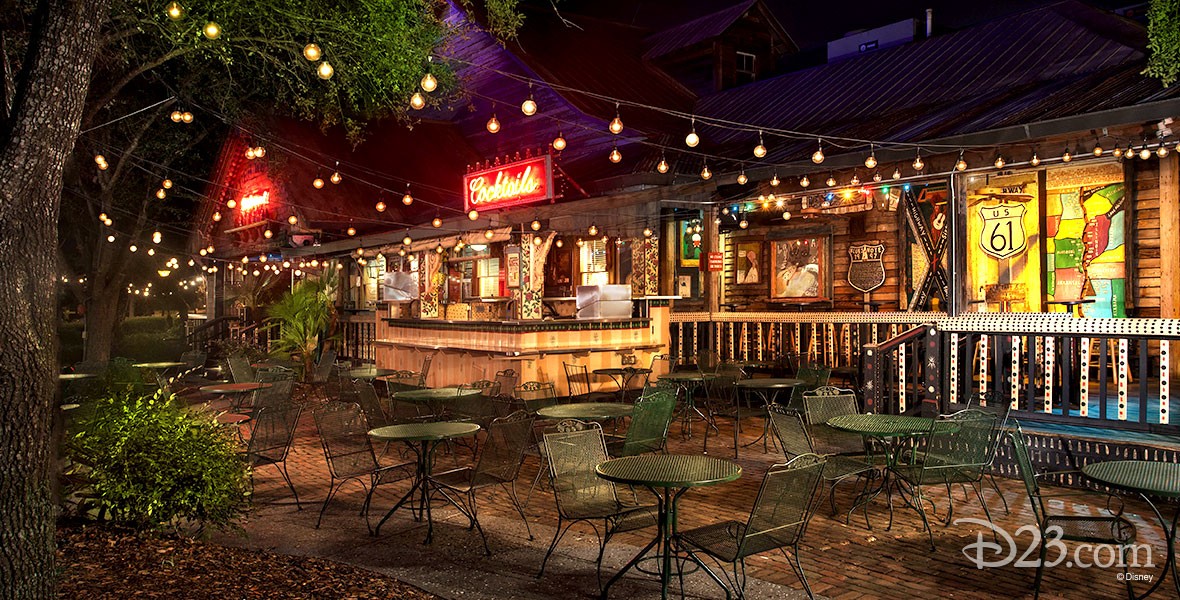 House of Blues Music-theme restaurant in Disney Springs West Side at the Walt Disney World Resort, opened September 15, 1997, as the sixth and largest in the chain. In 1995 Disney had purchased a 12% interest in the company in anticipation of the Florida location’s construction. Also at Downtown Disney at the Disneyland Resort, opened Jan. 12, 2001, and closed May 31, 2016.