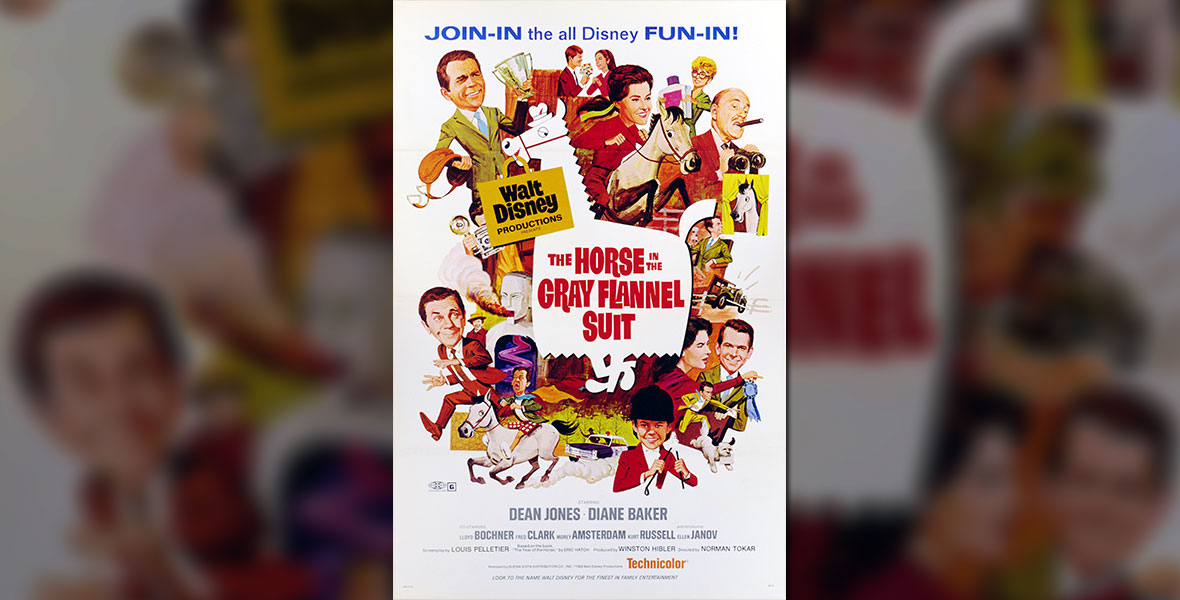 Horse in the Gray Flannel Suit, The (film) An executive in an ad agency comes up with a great idea; he gets his firm to buy a horse and gives it to his teenaged daughter. She’ll ride it to victory in some horse shows, and the animal, named for the Allied Drug Company product, an indigestion remedy called Aspercel, will get lots of publicity. But it doesn’t quite work out that way. His daughter, Helen, is only an amateur, and it is only with the love and support of her father, trainer Suzie Clemens, and her new boyfriend, Ronnie, that she can win the title of Grand Champion Open Jumper in the prestigious Washington International Horse Show. Released on December 20, 1968.  Directed by Norman Tokar. 113 min. Stars Dean Jones (Frederick Bolton), Diane Baker (Suzie Clemens), Ellen Janov (Helen Bolton), Lloyd Bochner (Archer Madison), Morey Amsterdam (Charlie Blake), Kurt Russell (Ronnie Gardner), Lurene Tuttle (Aunt Martha). Based on the book, The Year of the Horse, by Eric Hatch. The movie was shot mostly on Disney’s Golden Oak Ranch, near Newhall, California. Student riders from the Flintridge Riding Academy were used in the film. Released on video in 1986.

Horse Called Comanche, A Horse of the West, The (television)