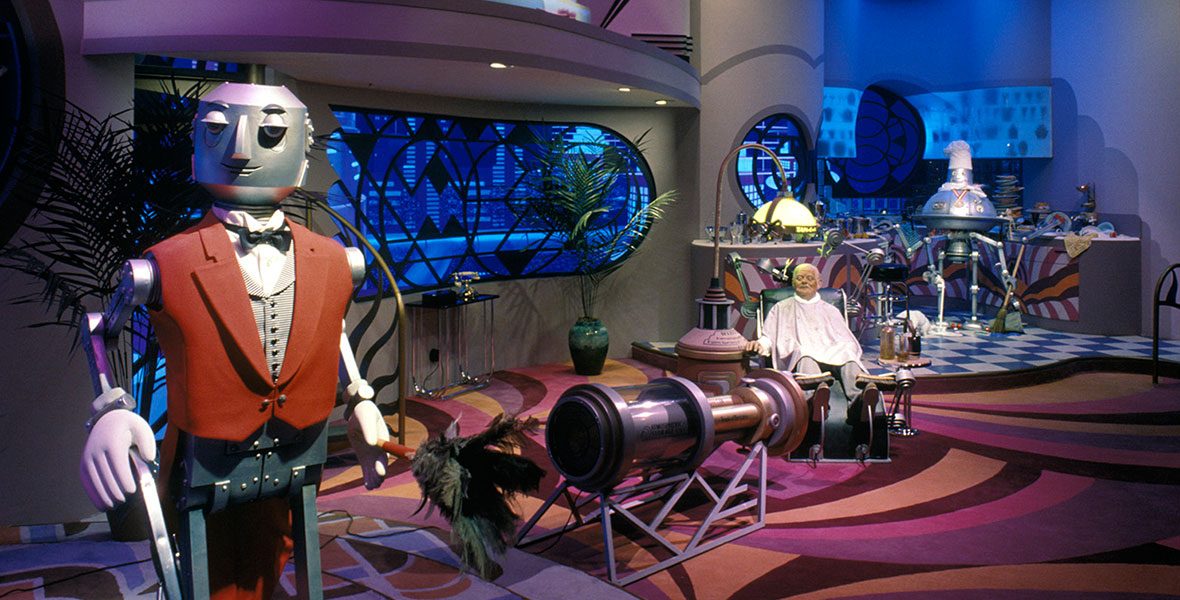 Horizons Pavilion in Future World at Epcot, opened on October 1, 1983, sponsored by General Electric until September 30, 1993. It closed on January 9, 1999. Horizons was one of the first attractions in Future World to be devoted primarily to the future. Guests first saw how the future was visualized by people such as Jules Verne; then they witnessed living experiences in the desert, in space, and under the sea. Through aromas, visual effects, sound effects, and a short Omnimax film presentation, guests saw how life might be in the future. Finally, they could select how they wanted their experience to end by pressing appropriate buttons in their ride vehicle, the first time that this was done in a Disney attraction. Until the theme song, “There’s a Great Big Beautiful Tomorrow, ” was returned to the Carousel of Progress in the Magic Kingdom Park, it could be heard by savvy guests here on a television in a 1940s setting. The attraction was totally rebuilt to become Mission: SPACE.