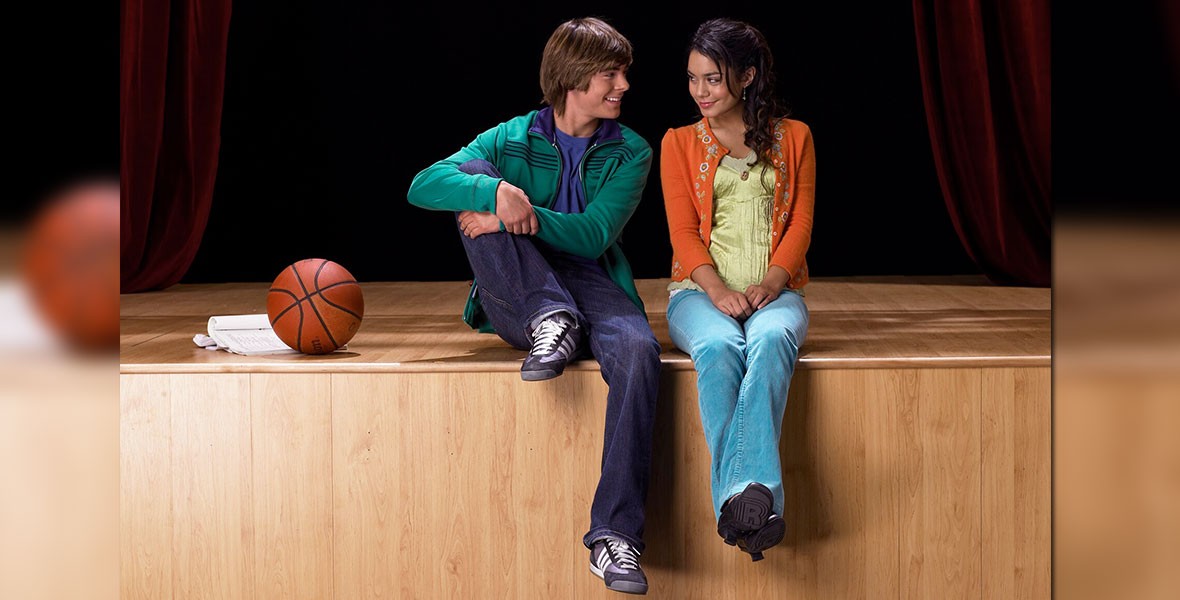 High School Musical (television) A Disney Channel Original Movie; premiered on January 20, 2006. In this contemporary musical comedy, Troy Bolton, a popular basketball star, and Gabriella Montez, a shy, academically-gifted newcomer, discover that they share a secret passion for singing. When they sign up for the lead roles in the school musical, it threatens East High’s rigid social order and sends their peers into an uproar. Soon the jocks, the brainiacs, and even the drama club regulars, are hatching convoluted plots to separate the pair and keep them offstage. By defying expectations and taking a chance on their dreams, the couple inspires other students to go public with some surprising hidden talents of their own. Directed by Kenny Ortega. Stars Zac Efron (Troy Bolton), Vanessa Anne Hudgens (Gabriella Montez), Ashley Tisdale (Sharpay Evans), Lucas Grabeel (Ryan Evans), Corbin Bleu (Chad), Monique Coleman (Taylor), Chris Warren, Jr. (Zeke). Filming took place in Salt Lake City, Utah. The film was very well-received, debuting as the no. l cable TV program for the week with 7, 732,000 viewers, a record high for the network; its soundtrack reached no. 1 on the Billboard Top 200 chart and quickly went to platinum status. It was the first full-length movie to be made available via digital download, on Apple’s iTunes Music Store. Released on DVD in 2006. High School Musical: The Concert began a 40-city tour on November 29, 2006, in San Diego, featuring members of the original cast, culminating in a one-hour special on Disney Channel on May 4, 2007.