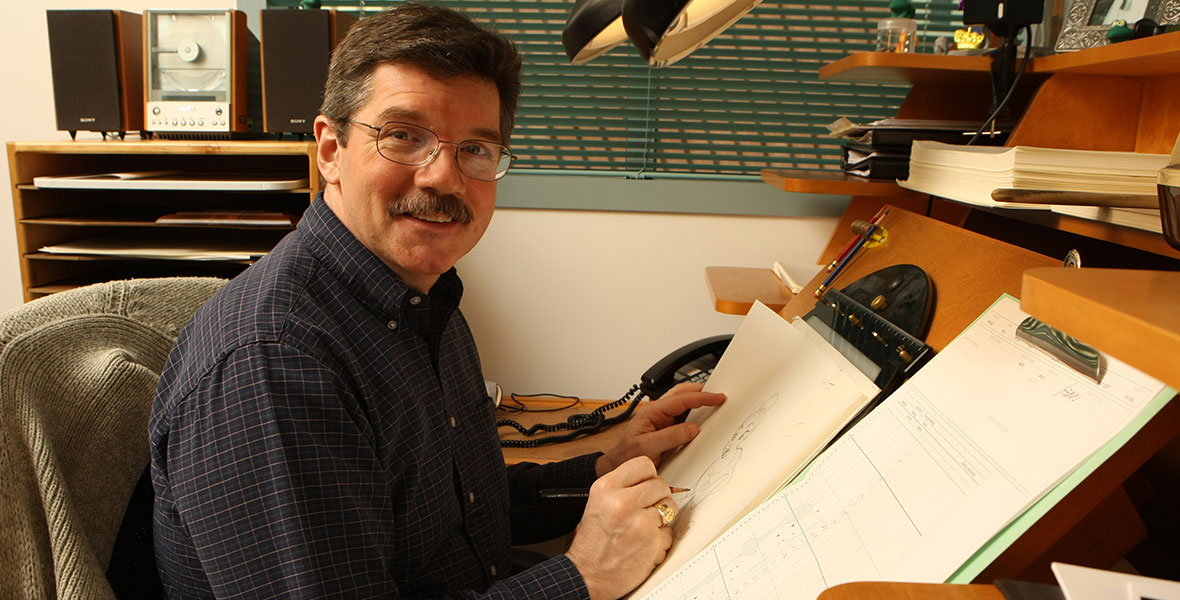 Henn, Mark Animator; joined Disney in 1980 and animated Mickey Mouse in Mickey’s Christmas Carol and worked on Oliver and the Artful Dodger in Oliver & Company. In 1989 he moved to Florida to help establish the feature animation studio there. He animated Ariel in The Little Mermaid, Belle in Beauty and the Beast, and young Simba in The Lion King. He was also a supervising animator on The Rescuers Down Under, Aladdin, Mulan, Home on the Range, Winnie the Pooh, The Ballad of Nessie, The Princess and the Frog, and Lilo & Stitch, and an animator on Pocahontas, The Emperor’s New Groove, Enchanted, Frozen, Get a Horse!, and Saving Mr. Banks. For Mickey’s 90th anniversary in 2018, he painted a new official portrait of the character, titled “Spreading Happiness Around the World.”