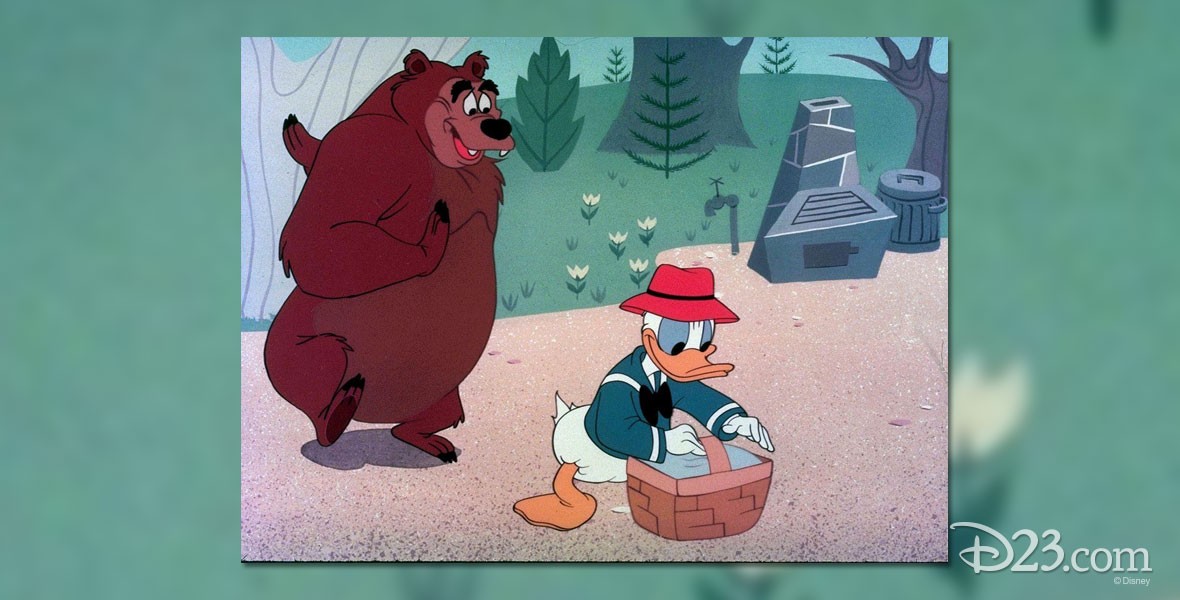 Grin and Bear It (film) Donald Duck cartoon; released on August 13, 1954. Directed by Jack Hannah. Ranger J. Audubon Woodlore, in his first appearance, tries to get the bears to behave during tourist season at Brownstone National Park. Each of the other bears selects their own tourists, from which they get plenty of food, but Humphrey, with stingy Donald Duck as his tourist, gets nothing to eat. Humphrey tries to trick Donald out of his ham and picnic basket by making Donald think he has run over the bear with his car. In the resulting melee, food gets scattered all over the highway, and the ranger gives both Donald and Humphrey pointed sticks to use to pick it up. He tries surreptitiously to keep the ham for himself, but Donald and Humphrey foil his plan.