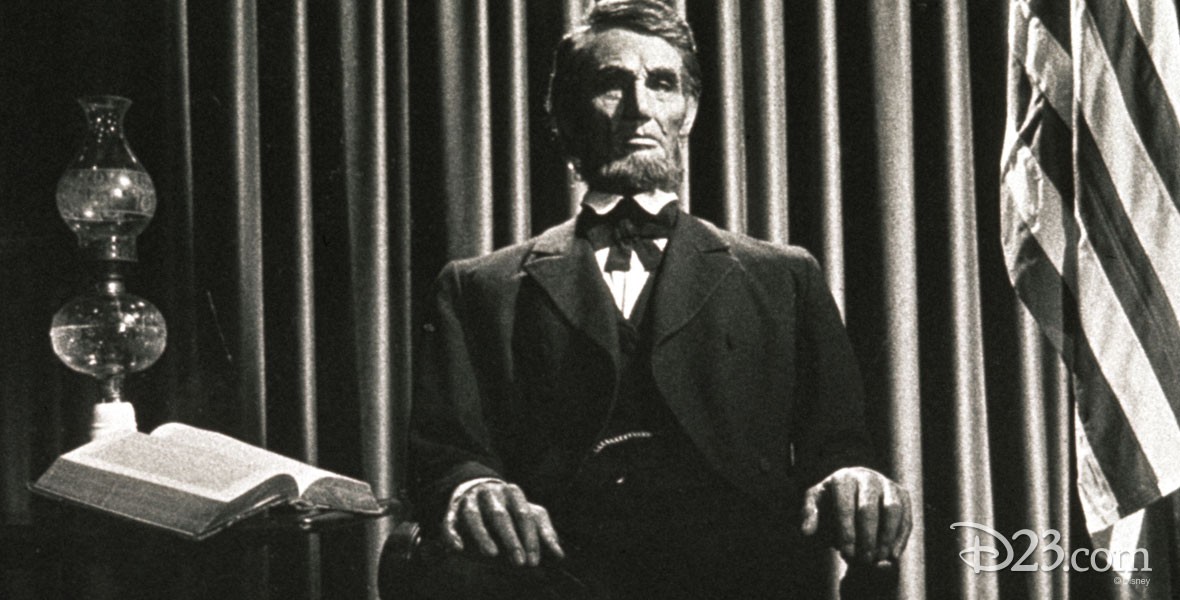 Great Moments with Mr. Lincoln Main Street attraction at Disneyland, opened on July 18, 1965, featuring an Audio-Animatronics Abraham Lincoln reciting excerpts from several of his speeches. Succeeded the State of Illinois attraction at the New York World’s Fair (1964-1965). Closed on January 1, 1973 so the Walt Disney Story could take its place, but returned due to popular demand as The Walt Disney Story Featuring Great Moments with Mr. Lincoln on June 12, 1975. The Lincoln figure was reprogrammed in 1984 utilizing new technology used for artificial human limbs pioneered at the University of Utah. Actor Royal Dano was the voice of Lincoln; he occasionally portrayed Lincoln in films, since he happened to bear an uncanny resemblance to the sixteenth president. The show went through a major rehab in 2001, adding a storyline about a visit to Matthew Brady’s photography studio and changing Lincoln’s speech to the Gettysburg Address. A special audio effect uses binaural sound delivered through headphones. The actor now providing Mr. Lincoln’s voice is Warren Burton. In 2005, the show closed so the area could become a Disneyland 50th anniversary display. It reopened on December 18, 2009.