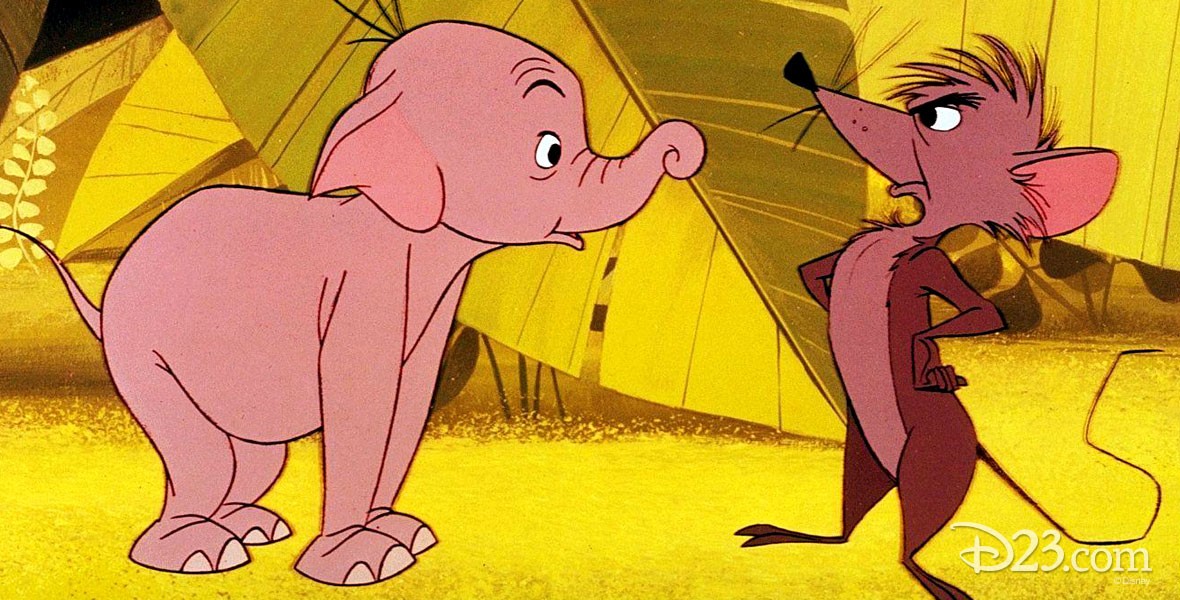 Goliath II (film) Special cartoon; released on January 21, 1960. Directed by Wolfgang Reitherman. Golaith II, at eight, is still only five inches tall—to the shame of his father, Goliath I, giant of the jungle and king of the elephants. Little Goliath runs away and though he is rescued by his mother from Raja, the tiger, he is now marked a rogue. But when a mouse attacks the herd, frightening them all away, Goliath redeems himself by battling and defeating the mouse. Written by Disney storyman Bill Peet, with Kevin Corcoran voicing Goliath II, the film also boasts the distinction of being the first Disney film to be fully animated using the new Xerox process for transferring the pencil drawings to cels (a few scenes of Sleeping Beauty had previously used the technique). It is also notable for being one of the few Disney films in which a mouse is the villain!