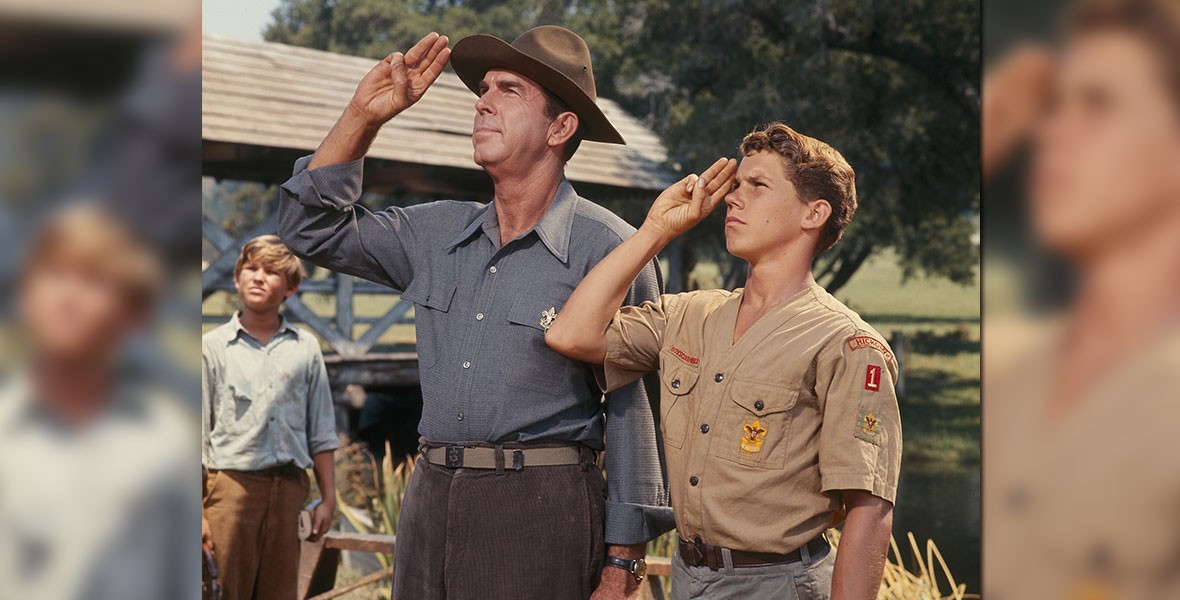 Follow Me, Boys! (film) Dissatisfied with his life as a saxophonist in a traveling jazz band, Lemuel Siddons impulsively settles down in the small Illinois town of Hickory (population 4,951), not realizing that he will remain there the rest of his days. This heartwarming and humorous story tells how Lem becomes the local scoutmaster, and how he courts and marries the lovely Vida. But, mostly, it is the story of a man who sacrifices his own personal goals to devote himself to several generations of boys, teaching them enduring values through scouting. And, for Lem, this brings the love, respect, and recognition he so richly deserves. Released on December 1, l966. Directed by Norman Tokar. 131 min. Stars Fred MacMurray (Lemuel Siddons), Vera Miles (Vida Downey), Kurt Russell (Whitey), Lillian Gish (Hetty Seibert), Charlie Ruggles (John Everett Hughes), Elliott Reid (Ralph Hastings), Ken Murray (Melody Murphy), Sean McClory (Edward White, Sr.). This was the first big film role for Kurt Russell. The film was a popular Christmastime hit, playing Radio City Music Hall. Based on the book, God and My Country, by Mackinlay Kantor, the movie also featured one-time Disney starlet Luana Patten in a key role, as Nora White. A tremendous assemblage of vintage cars added to the nostalgic feel of the film; included were a 1915 Baker Electric, a 1927 Lincoln touring car, a fleet of 1929 Fords and Chevrolets, and three plush Cadillacs of 1940, 1946, and 1950 vintage. The film was re-released in 1976, but was edited from the original 131-minute version to 107 minutes. Released on video in 1984.