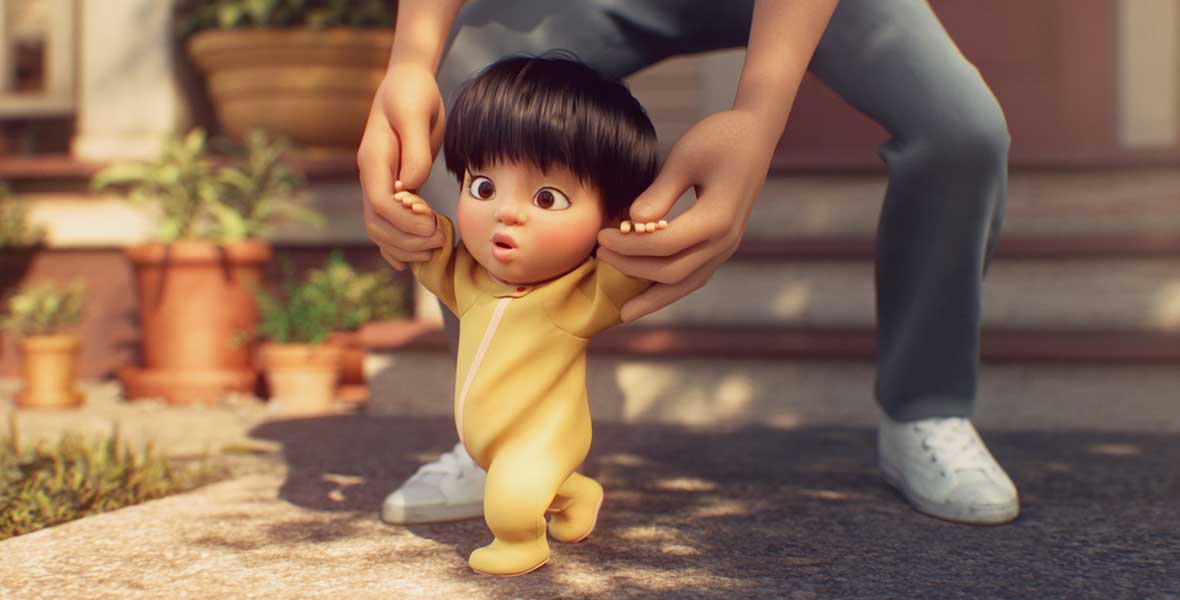 Float (film) Animated short film; released November 12, 2019, on Disney+. A father discovers that his son is different from other kids in the most unusual way. Dad keeps his son out of sight, but when his son’s ability becomes public, he must decide whether to run and hide or to accept his son as he is. Directed by Bobby Rubio. 7 min. From the Pixar Animation Studios SparkShorts program. See also SparkShorts.