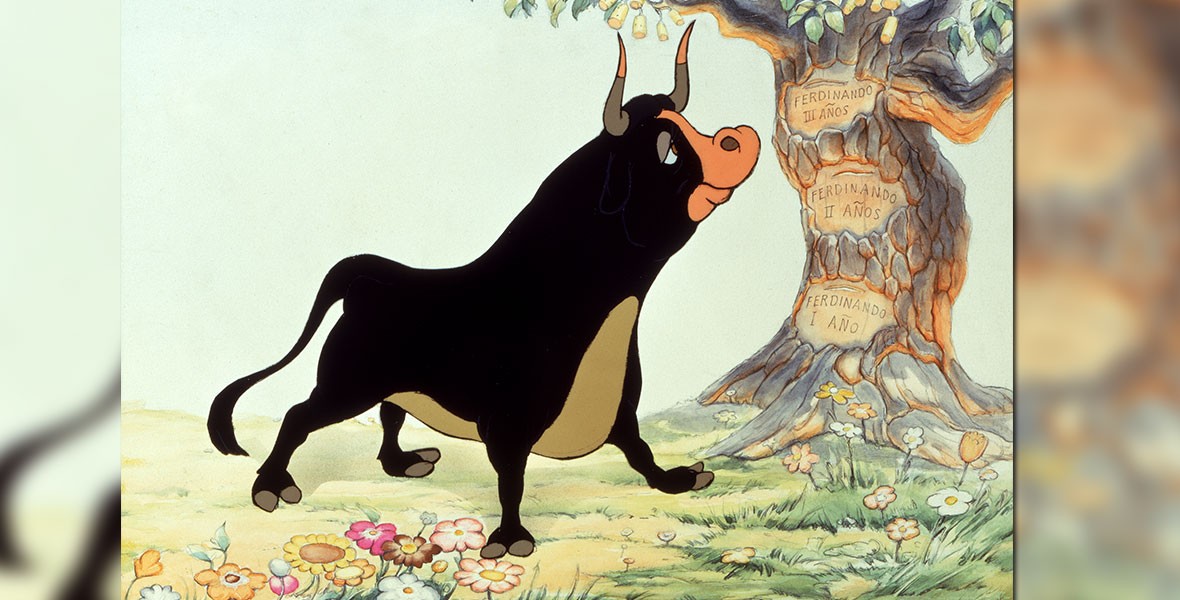 Ferdinand the Bull (film) Special cartoon; released on November 25, 1938. The first cartoon directed by Dick Rickard. Based on the story by Munro Leaf and the illustrations by Robert Lawson, it is about a ferocious-looking but quiet bull who wants only to sit and smell the flowers. He is mistaken for a feisty animal by a matador when he snorts and charges after being stung by a bee. The matador takes him to the arena in the city, only to see him revert to his peaceful demeanor and refuse to fight. Ferdinand is happily sent back to his flowers. Academy Award winner for Best Cartoon. Several of the characters at the bullfight are caricatures of Disney personnel, including Walt Disney himself as the matador. Animator Milt Kahl took on a slight extra chore by providing the voice of Ferdinand’s mother, while Walt Disney added Ferdinand’s few words.