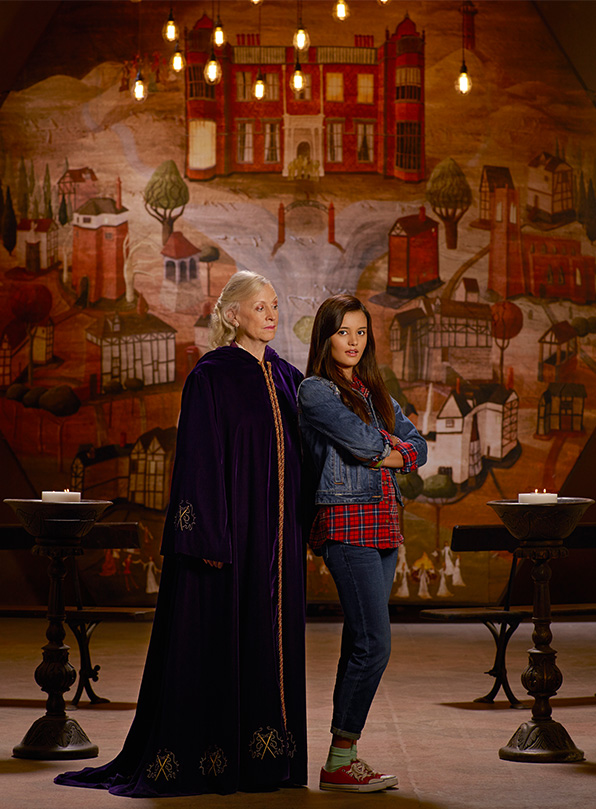 Evermoor (television) A four-episode special airing on Disney Channel. It premiered in Britain on October 10, 2014, and in the U.S. a week later on October 17. The Crossley family travels to the UK from America after inheriting the spooky Evermoor Manor from their Aunt Bridget. There, teenage Tara, an aspiring mystery writer, struggles to get along with her newly-blended family while finding a mysterious tapestry that predicts the future and having to deal with a group of strange locals known as the Circle of Everines, led by Esmerelda Dwyer, who want the Crossley family to leave. Directed by Chris Cottam. Stars Clive Rowe (mayor), Naomi Sequeira (Tara Crossley), Finney Cassidy (Cameron), George Sear (Seb), Georgia Lock (Bella), Georgie Farmer (Jake), Jordon Loughran (Sorsha), Sharon Morgan (Esmerelda Dwyer). Filmed at Arley Hall in Arley, Knutsford, Cheshire. Commissioned by Disney and produced by Lime Pictures. This is the first live-action special to be produced in the UK for broadcast on Disney Channel US.