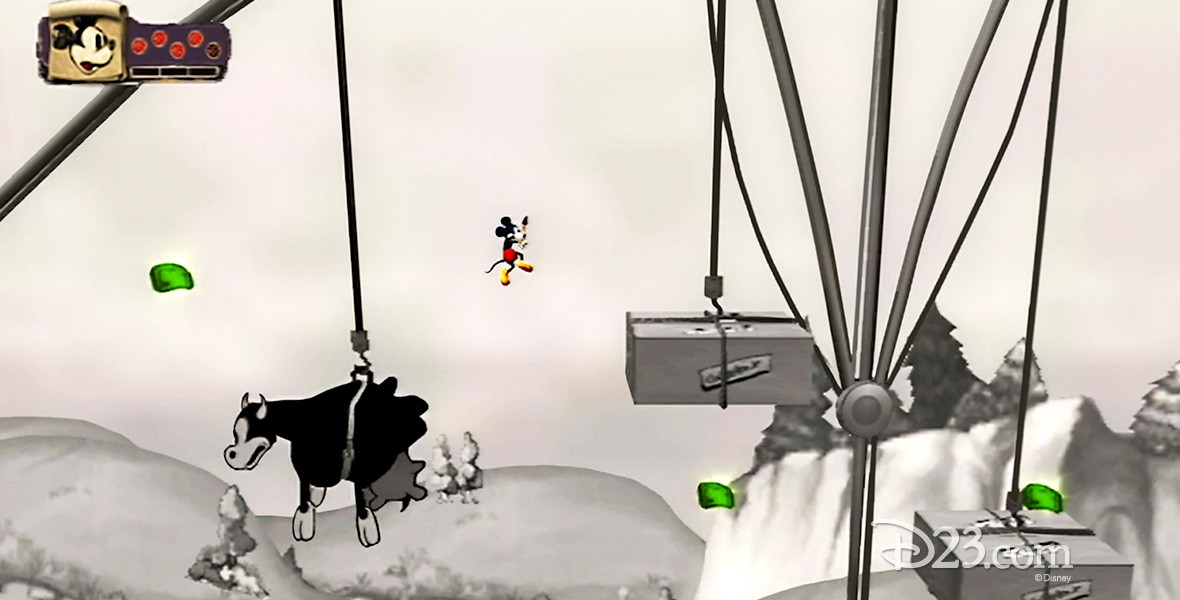 Epic Mickey  An action-adventure video game developed by Junction Point Studios and designed by Warren Spector for Disney Interactive Studios.  Released November 30, 2010.  Mickey Mouse is re-branded to be more of an epic hero, mischievous and adventurous.  Included in the game is Oswald the Lucky Rabbit.  A sequel, Epic Mickey 2: The Power of Two, was released on November 18, 2012.  Junction Point Studios was purchased by Disney in July 2007 and closed in January 2013.