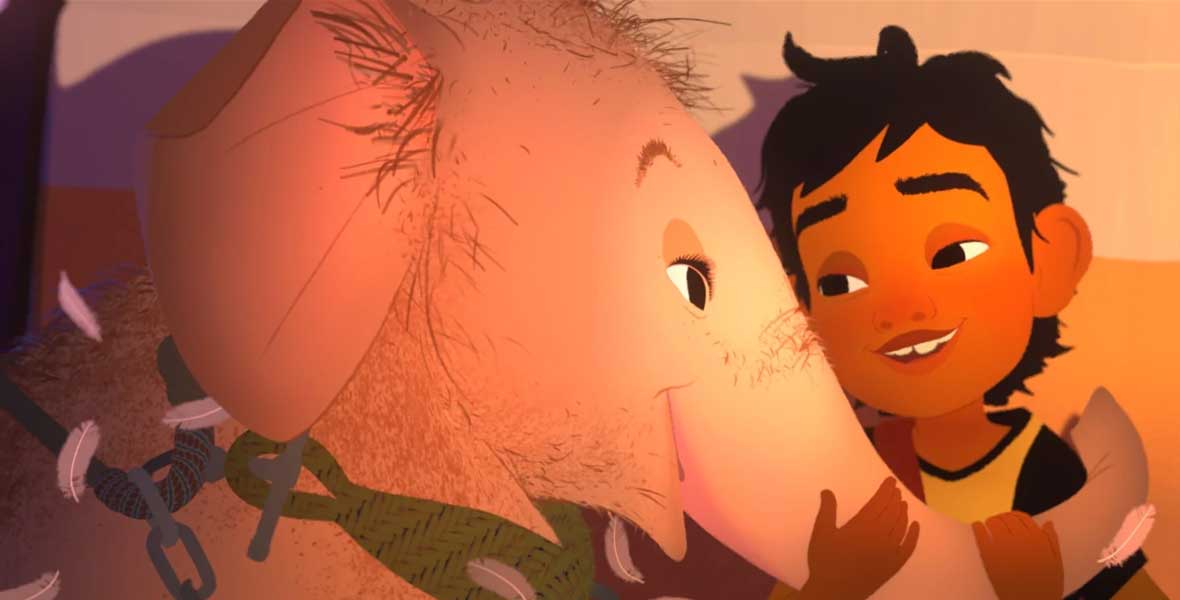 Elephant in the Room (film) Animated short film; premiered January 24, 2020, on Disney+. A lost baby elephant is taken in by a boy and his father to work on their banana plantation. As the two bond, the boy discovers that his new best friend yearns for its family and home in the wild. Directed by Brian Scott. 3 min. From the Walt Disney Animation Studios Short Circuit program. See also Short Circuit.