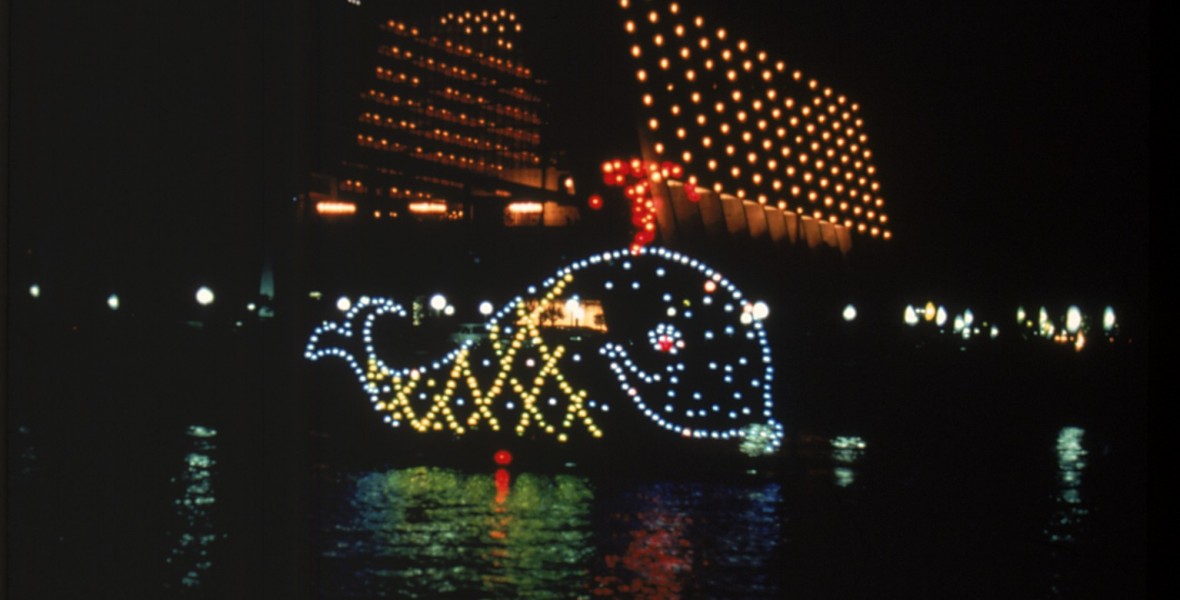 Electrical Water Pageant On Bay Lake and the Seven Seas Lagoon at Walt Disney World, beginning October 26, 1971. First known as Electrical Pageant, it consists of a string of floating structures, 1,000 feet long, covered with tiny lights that blink on and off to represent dragons and other creatures. With a synthesizer sound track, the pageant is pulled through the waterways each evening around 9 o’clock. This pageant was the forerunner of the Main Street Electrical Parade, which began at Disneyland in 1972.