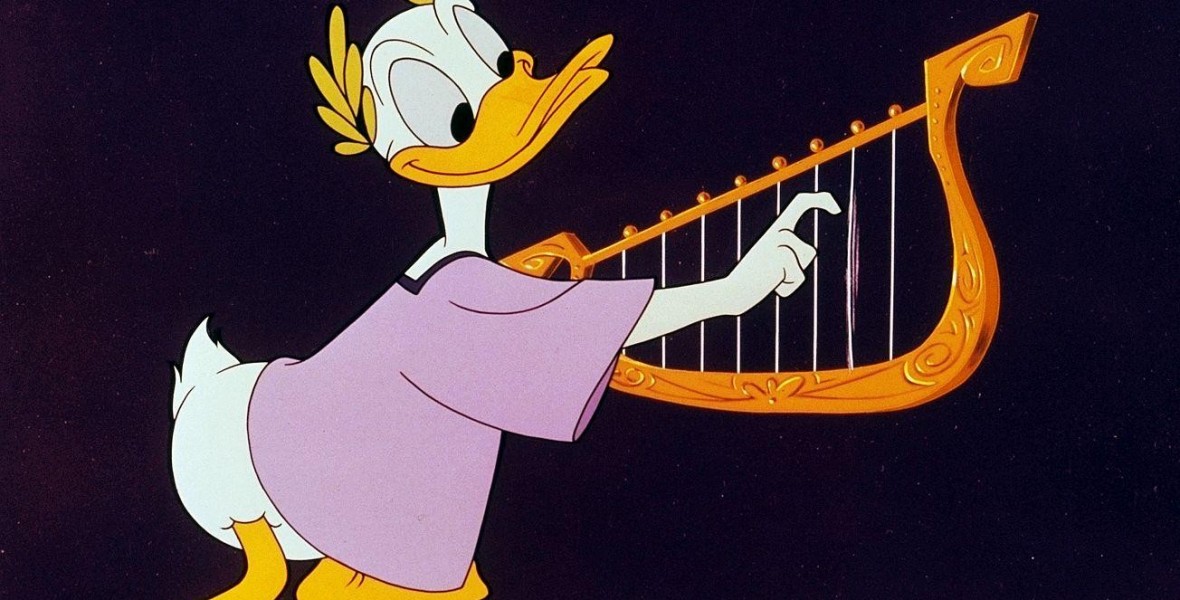 Donald in Mathmagic Land (film) Donald Duck featurette, released on June 26, 1959. Directed by Hamilton Luske. Donald Duck explores Mathmagic Land—a fantasy land composed of such things as square root trees and a stream running with numbers. The Spirit of Adventure teaches him the many uses of mathematics in art, architecture, and Nature as well as chess and sports such as football. Donald is introduced to the circle and the triangle, which have been the basis for many great inventions such as the telescope and airplane, and he is shown that mathematical thinking opens the doors to the future. This thoughtful, Academy Award-nominated short ends with Galileo’s quotation: “Mathematics is the alphabet in which God wrote the universe.” 28 min. Made with the collaboration of such people as Disney artists John Hench and Art Riley, voice talent Paul Frees, and scientific expert Heinz Haber, who had worked on the Disney space shows. Originally released on a bill with Darby O’Gill and the Little People. Two years later it had the honor of being introduced by Ludwig Von Drake and shown on the first program of Walt Disney’s Wonderful World of Color. The film was made available to schools and became one of the most popular educational films ever made by Disney. As Walt Disney explained, “The cartoon is a good medium to stimulate interest. We have recently explained mathematics in a film and in that way excited public interest in this very important subject.” Released on video in 1988.