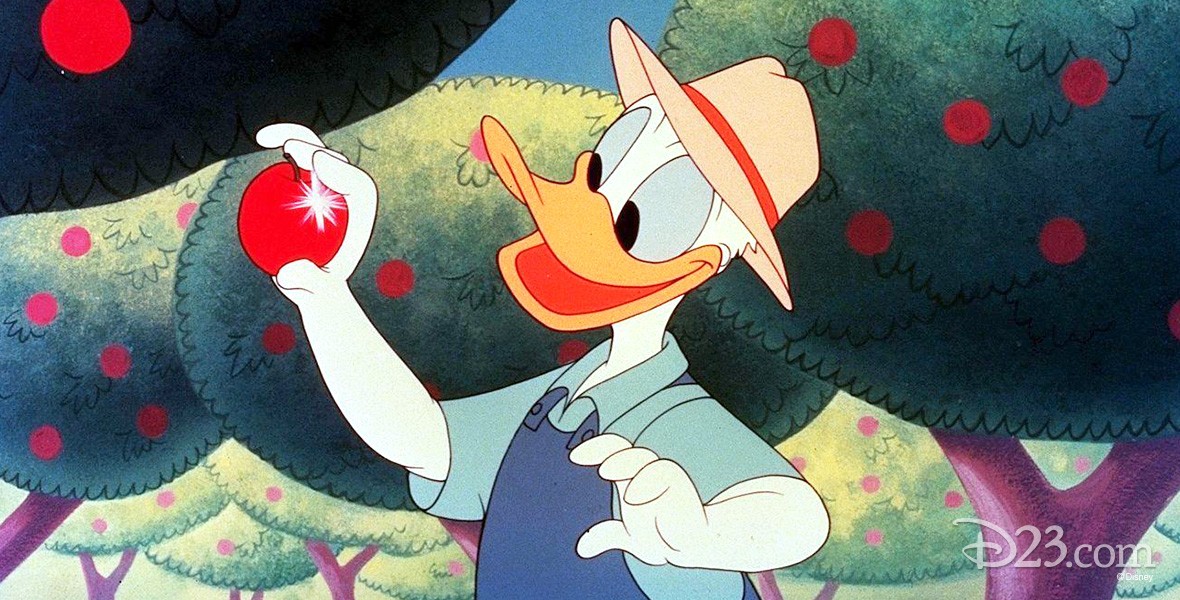 Donald Applecore (film) Donald Duck cartoon; released on January 18, 1952. Directed by Jack Hannah. Donald’s battle with Chip and Dale over their eating his apples escalates until Donald bombs them with atomic pellets. One of his hens eats a pellet, laying an egg bomb. It explodes while Donald is holding it, creating a hole that sends him all the way to China.