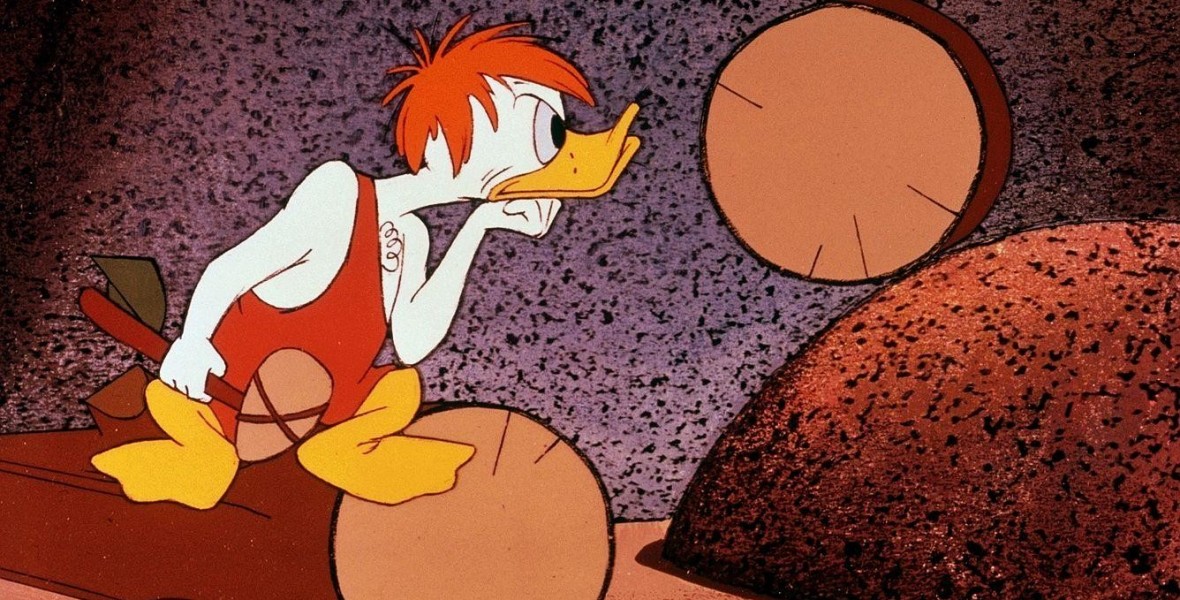 Donald and the Wheel (film) Donald Duck cartoon featurette; released on June 21, 1961. Directed by Hamilton Luske. Two “Spirits of Progress” go back in time to discover the inventor of the wheel. Caveduck Donald is selected as the inventor and is shown the evolution and usefulness of the wheel over the centuries. The first stone wheel develops for use on everything from chariots to sports cars. But Donald decides he wants nothing to do with the hassles of modern life, so he returns to pulling his cart without wheels. The spirits decide they picked the wrong person. 18 min. An updated version was released as an educational film in September 1990.