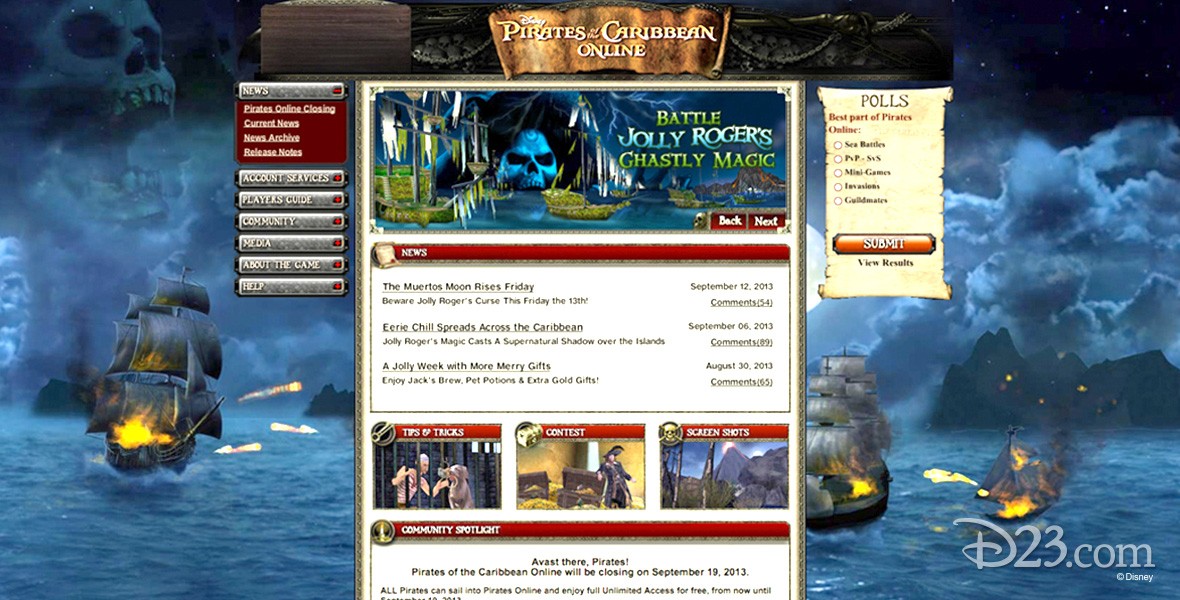 Disney’s Pirates of the Caribbean Online  Online virtual, multi-player game launched in 2007 and closed September 19, 2013, in which users experience the adventure of the Pirates of the Caribbean films and explore new myths and untold stories. Users could create their own pirate character, set sail on their own pirate ship, build a notorious crew, and master their pirate skills.