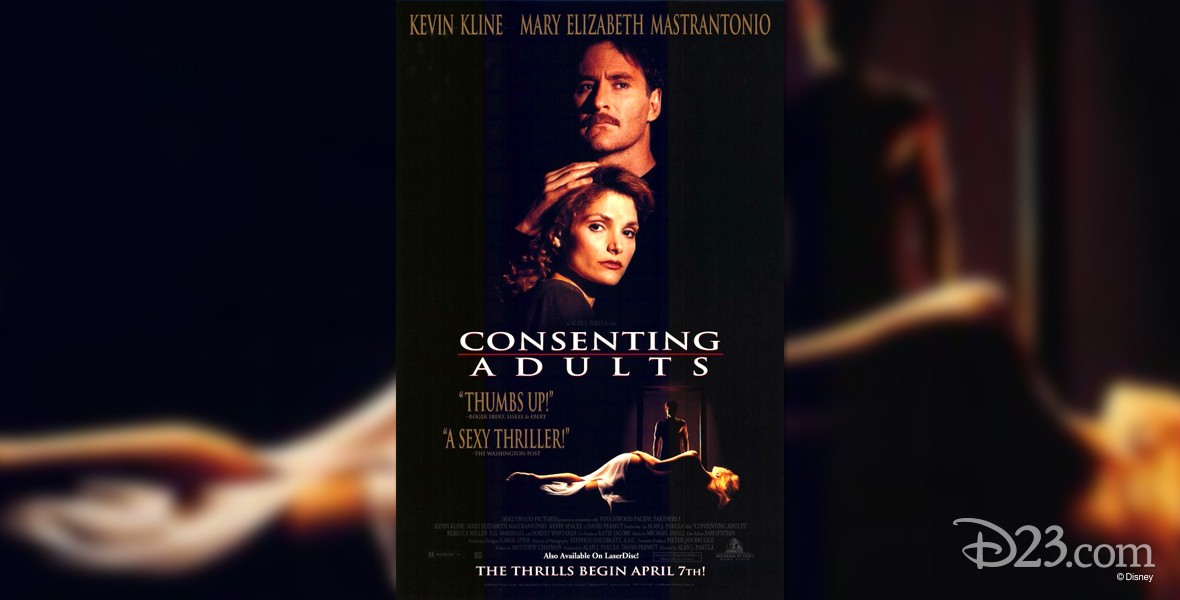 Consenting Adults (film) A happily married couple, Richard and Priscilla Parker, is tantalized by the lifestyle of their new neighbors, Eddy and Kay Otis. Richard is lured into an overnight wife-swapping arrangement with Eddy. The next morning, the police discover Kay, apparently brutally murdered, with Richard’s fingerprints all over the murder weapon. With the help of a sympathetic detective, Richard discovers that Kay is still alive and must race against time in order to save the life of his own wife from the real killer. Released on October 16, 1992. Directed by Alan J. Pakula. A Hollywood Picture. 99 min. Stars Kevin Kline (Richard Parker), Mary Elizabeth Mastrantonio (Priscilla Parker), Kevin Spacey (Eddy Otis). Filmed in Atlanta, Georgia, and its suburbs, and on sites near Charleston, South Carolina. Released on video in 1993.