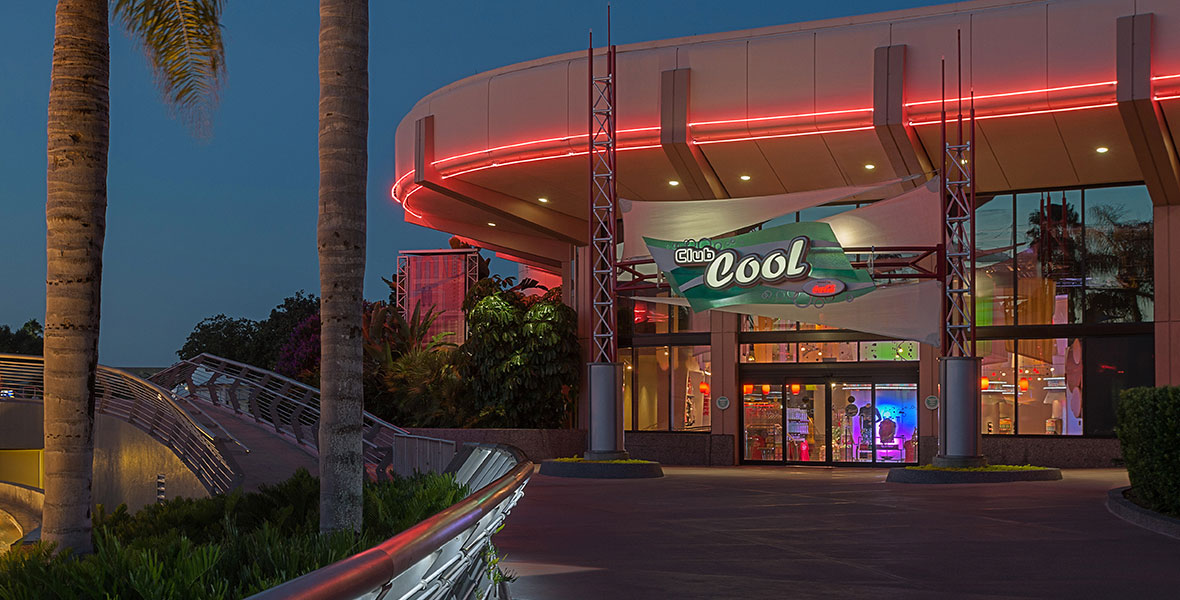 Club Cool Opened November 18, 2005, in Innoventions at Epcot and closed September 7, 2019. Guests can try Coca-Cola products from all around the world; opened November 18, 2005. Beverly, from Italy, has a bitter taste that many guests don’t expect. Originally known as Ice Station Cool, which featured exhibits and opened in July 1998.