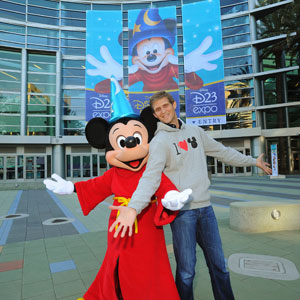 Clark, Steven B.  Publicist with Walt Disney Feature Animation and Disney Channel from 1997 to 2001, Steven co-authored Disney: The First 100 Years with Dave Smith, as well as writing several Disney trivia and other games for Mattel.  He joined ABC in 2002, and later became Vice President, Corporate Communications, for The Walt Disney Company, where he founded and served as head of D23.  He left the Company in 2013.