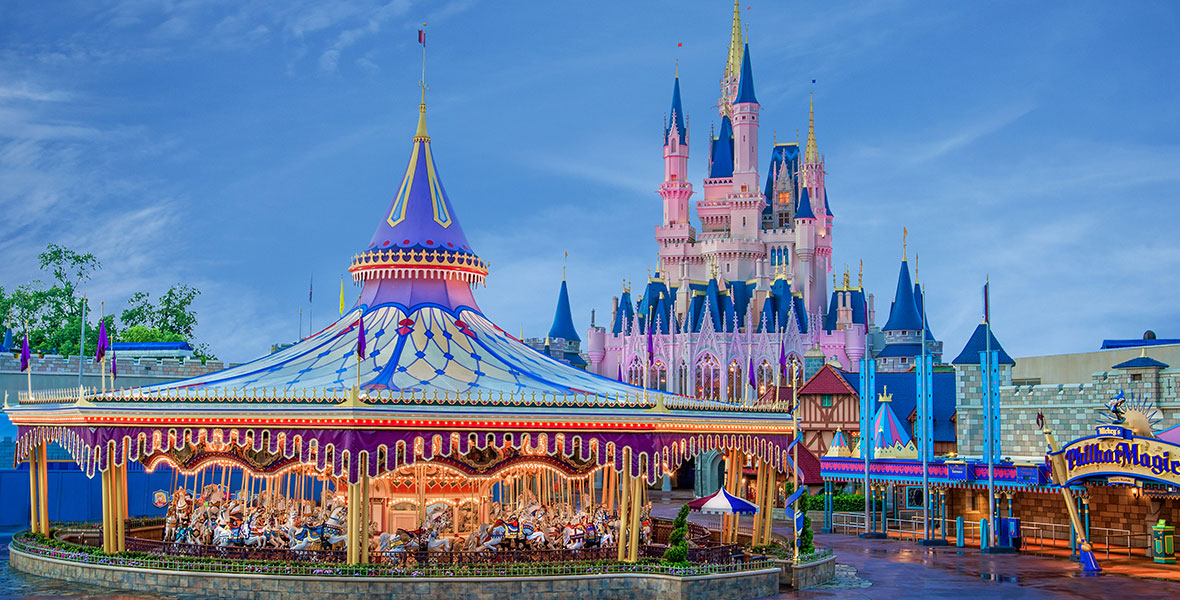 Cinderella’s Golden Carrousel Fantasyland attraction in Magic Kingdom Park at Walt Disney World; opened October 1, 1971. The carrousel was originally built by the Philadelphia Toboggan Co. in 1917 for the Detroit Palace Garden Park, later moved to Maplewood Olympic Park in New Jersey, where the Disney designers discovered it. The carrousel was completely renovated, with scenes from Cinderella painted in the panels above the horses. The horses themselves are a marvel of craftsmanship; each one is different. The name was changed to Prince Charming Regal Carrousel on June 1, 2010. Also in Fantasyland at Tokyo Disneyland, opened April 15, 1983, and at Hong Kong Disneyland (known as Cinderella Carousel), where it opened September 12, 2005.