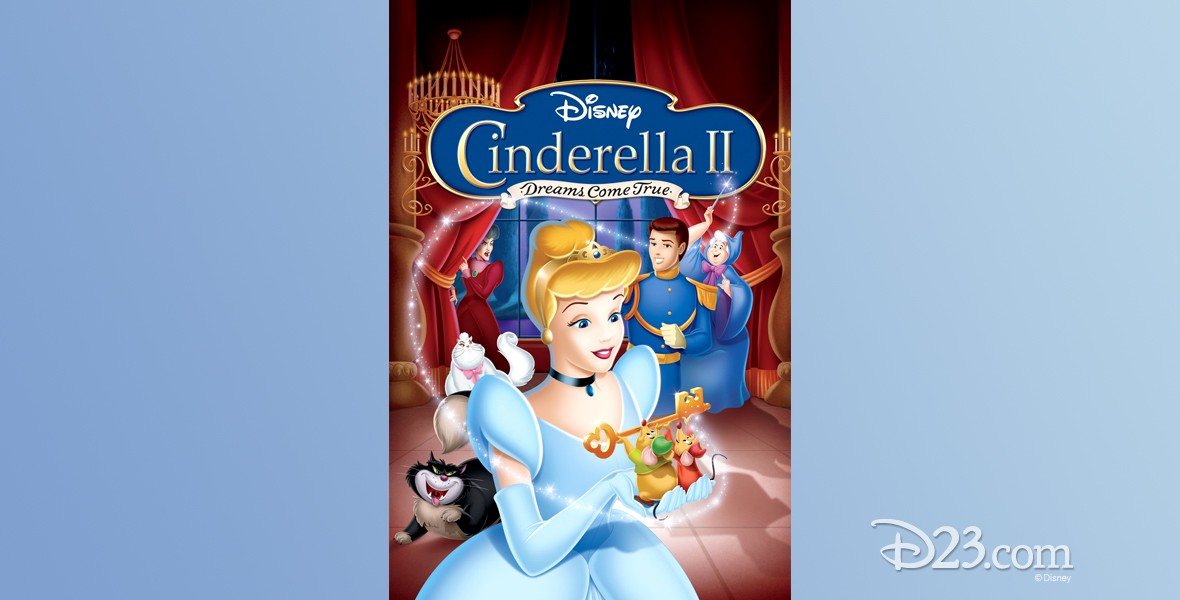 Cinderella II: Dreams Come True (film) An animated film released direct-to-video on February 26, 2002. Cinderella is now married to Prince Charming and getting used to living in the Royal Palace. When the prince departs on a business trip, Cinderella has to try to follow the rules of Prudence, the King’s strict household advisor. With the help of her mouse friends, Cinderella realizes she needs to bring her own style to the palace. Jaq yearns to be human, and his wish is granted by the Fairy Godmother, but he soon comes the realization that being human has its drawbacks. Romance is in the air, with stepsister Anastasia falling for the town baker, and the mice trying to set Lucifer up with the pampered palace cat, Pom-Pom, so they will be too busy to chase mice. Directed by John Kafka. Voices include Jennifer Hale (Cinderella). Christopher Daniel Barnes (Prince), Tress MacNeille (Anastasia), Russi Taylor (Drizella/Fairy Godmother/Beatrice/Countess Le Grande/Daphne/Mary Mouse), Rob Paulsen (Jaq/Sir Hugh/Baker), Corey Burton (Gus), Andre Stojka (King), Susanne Blakeslee (Stepmother), Holland Taylor (Prudence). 73 min.