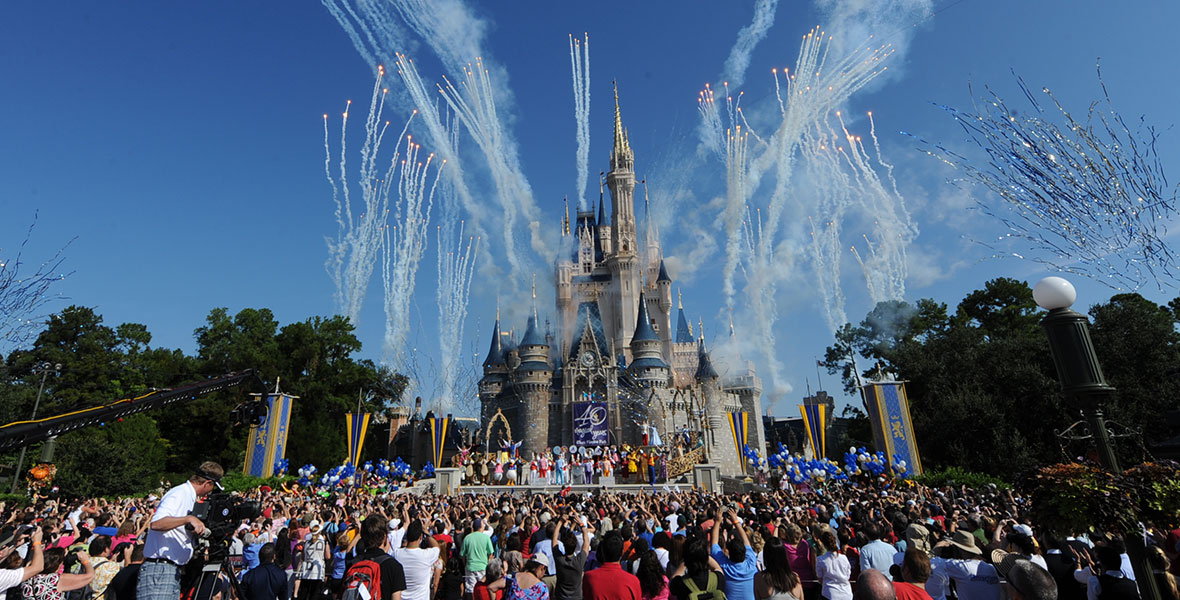 Cinderella Castle Castle at the entrance to Fantasyland in Magic Kingdom Park at Walt Disney World. Teams of designers at WED Enterprises studied famous European palaces and castles, including Fontainebleau, Versailles, and the chateaus of Chenonceau, Chambord, and Chaumont. They also turned to the original designs for the 1950 Cinderella film prepared by the Disney animation staff. The chief designer for the castle was Herb Ryman, who also worked on Sleeping Beauty Castle at Disneyland park. King Stefan’s Banquet Hall was located upstairs inside the castle. There is also a Cinderella Castle at Tokyo Disneyland, whose exterior is a copy of the one at Walt Disney World, but the interior contains the Cinderella Castle Mystery Tour rather than a restaurant. Disney purists for years wondered why the restaurant upstairs in the castle was called King Stefan’s Banquet Hall, since King Stefan was the father of Sleeping Beauty, not Cinderella; this problem was rectified in 1997 with the renaming of the restaurant as Cinderella’s Royal Table. During the celebrations of the park’s 25th anniversary in 1996-97, the castle was transformed into a huge Cinderella Castle Cake, with large cake decorations and over 400 gallons of pink paint.  A suite was opened in the Castle as part of the Year of a Million Dreams, enabling a different family to be selected to stay in the park each night. The first family selected was the Fouch family from Michigan, on January 25, 2007.