Home / Disney A to Z / C / Chronicles of Narnia, The: Prince Caspian (film) 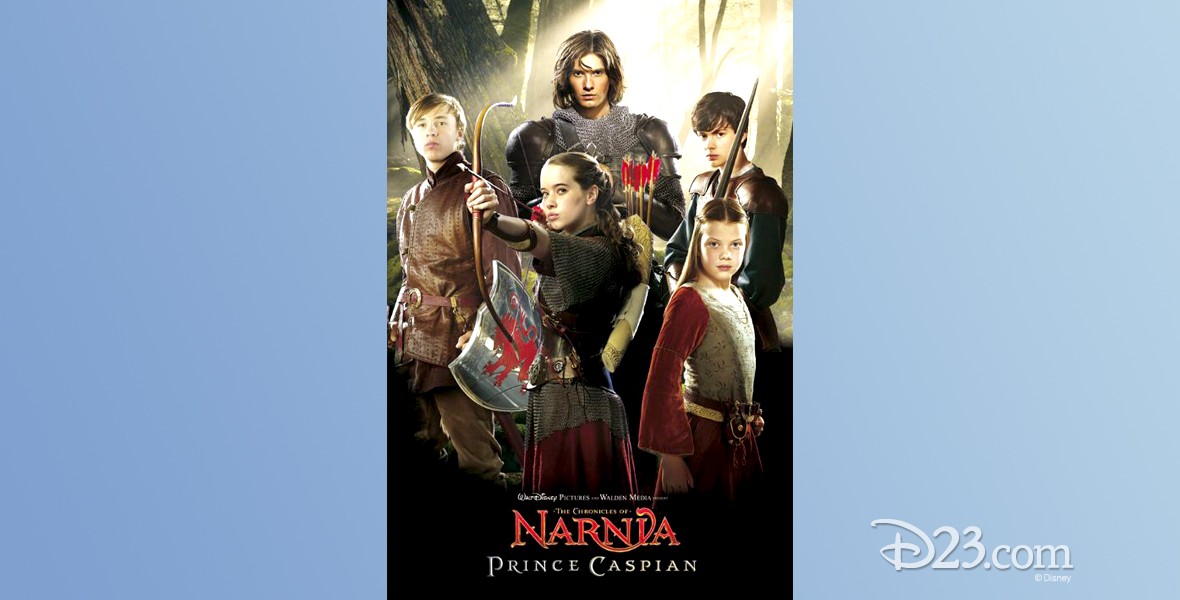 Chronicles of Narnia, The: Prince Caspian (film) The second film in the Chronicles of Narnia series. A year after their previous visit, the Pevensie siblings are pulled back into the land of Narnia, where they discover that thirteen hundred years in Narnian time has passed since they left. During their absence, the Golden Age of Narnia has become extinct, Narnia has been conquered by the Telmarines, and it is now under the control of the evil King Miraz, who rules the land without mercy. The children meet Narnia’s rightful heir to the throne, the young Prince Caspian, who has been forced into hiding as his uncle Miraz plots to kill him in order to place his own newborn son on the throne. The Pevensie kids once again are enlisted to join the colorful creatures of Narnia in combatting the usurping king. A production of Walt Disney Pictures/Walden Media. Directed by Andrew Adamson. Released on May 16, 2008, after a May 15 release in Chile, Indonesia, Russia, South Korea, and the Ukraine. Stars Georgie Henley (Lucy), Skandar Keynes (Edmund), Anna Popplewell (Susan), William Moseley (Peter), Peter Dinklage (Trumpkin), Warwick Davis (Nikabrik), Ben Barnes (Prince Caspian), Vincent Grass (Doctor Cornelius), Liam Neeson (voice of Aslan), Pierfrancesco Favino (General Glozelle), Sergio Castellitto (Miraz), Eddie Izzard (voice of Reepicheep), Tilda Swinton (White Witch). From C. S. Lewis’s 1951 book. Filmed on location in New Zealand, Czech Republic, Poland, and Slovenia. Filmed in Super 35.

Christopher Robin (film) Chronicles of Narnia, The: The Lion, the Witch and the Wardrobe (film)