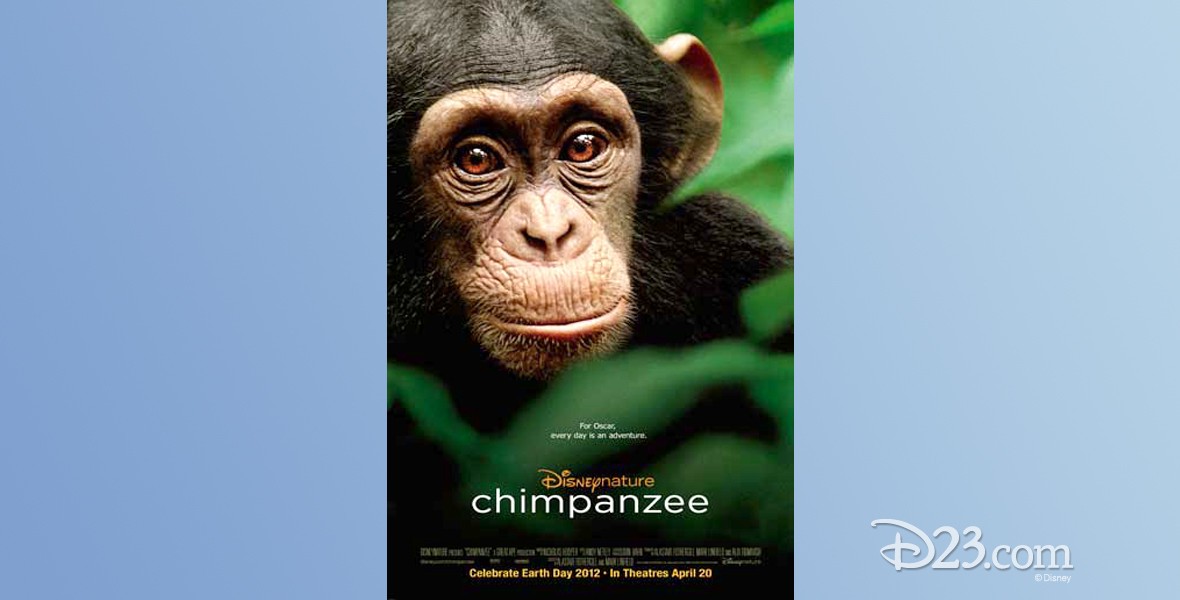 Chimpanzee (film) Disneynature documentary, released on Earth Day, April 20, 2012. Deep in the forests of Africa, after a rival band of chimpanzees confronts his family, a young chimp named Oscar is left to fend for himself until a surprising ally steps in to adopt him and change his life forever. Directed by Alastair Fothergill and Mark Linfield. Narrated by Tim Allen. 78 min. Filmed in the tropical jungles of the Ivory Coast and Uganda.