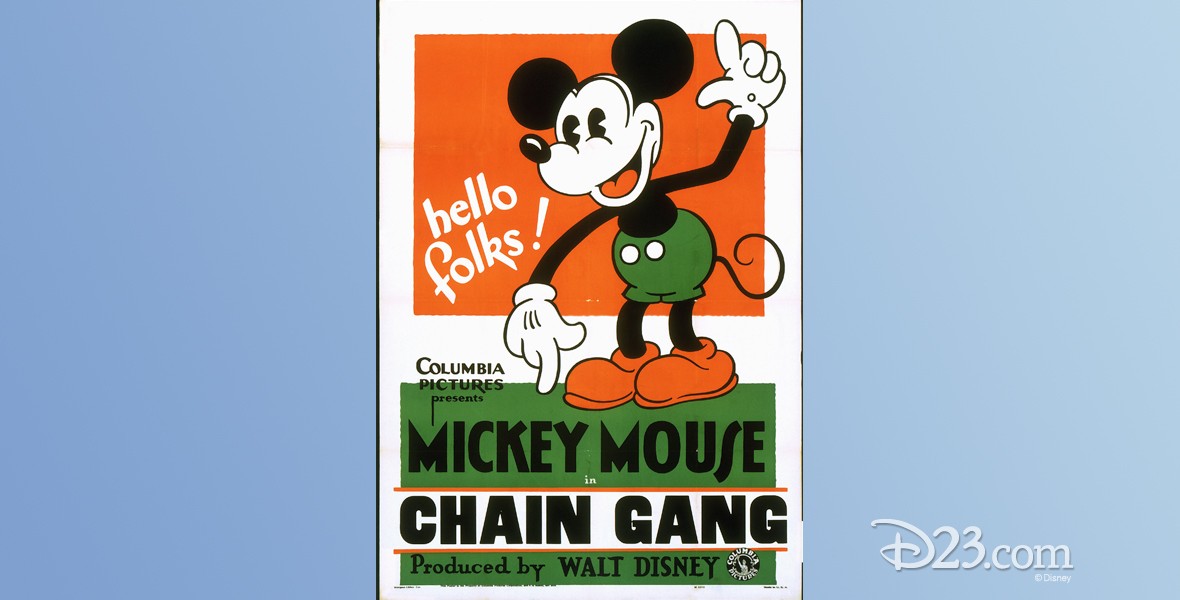 Chain Gang, The (film) Mickey Mouse cartoon; released on September 5, 1930. The first appearance of a character who would become Pluto. Directed by Burt Gillett. Mickey is a convict who escapes and is tracked by guards using bloodhounds. After a wild horse ride, Mickey hits a post, is thrown off a cliff, crashes through the prison roof, and falls back into his cell.