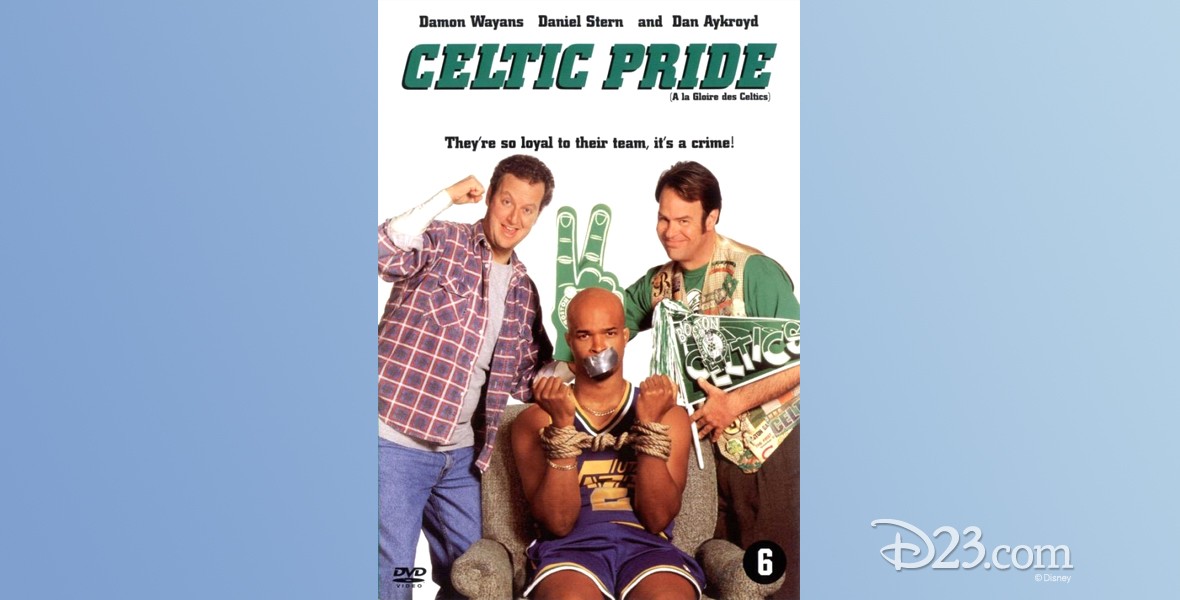 Celtic Pride (film) Jimmy Flaherty and Mike O’Hara are die-hard Boston Celtics fans who plan their lives around the basketball schedule and Sportscenter. While they are ecstatic that Boston is leading the NBA Championship series three games to one, they also know that the Utah Jazz’s flamboyant and obnoxious superstar, Lewis Scott, poses a big threat to the Celtics’ date with destiny. Growing more desperate and depressed as the series evens up, they realize there is only one thing to do–kidnap Scott before the big game. When best-laid plans go awry, the threesome spend a wild night learning about the true spirit of competition and the joy of the game. Released on April 19, 1996. A Hollywood Picture in association with Caravan Pictures. Directed by Tom DeCerchio. Stars Dan Aykroyd (Jimmy Flaherty), Daniel Stern (Mike O’Hara), Damon Wayans (Lewis Scott), Gail O’Grady (Carol O’Hara). 90 min. Filmed on location in Boston, and especially at the Boston Garden, home of the Celtics. The casting directors diligently worked to put together two teams of basketball players who could look like NBA caliber players, and a training camp was set up for them at Brandeis University. Wayans himself had four months of intensive training. Released on video in 1996.

Celeste in the City (television) Cemetery Club, The (film)