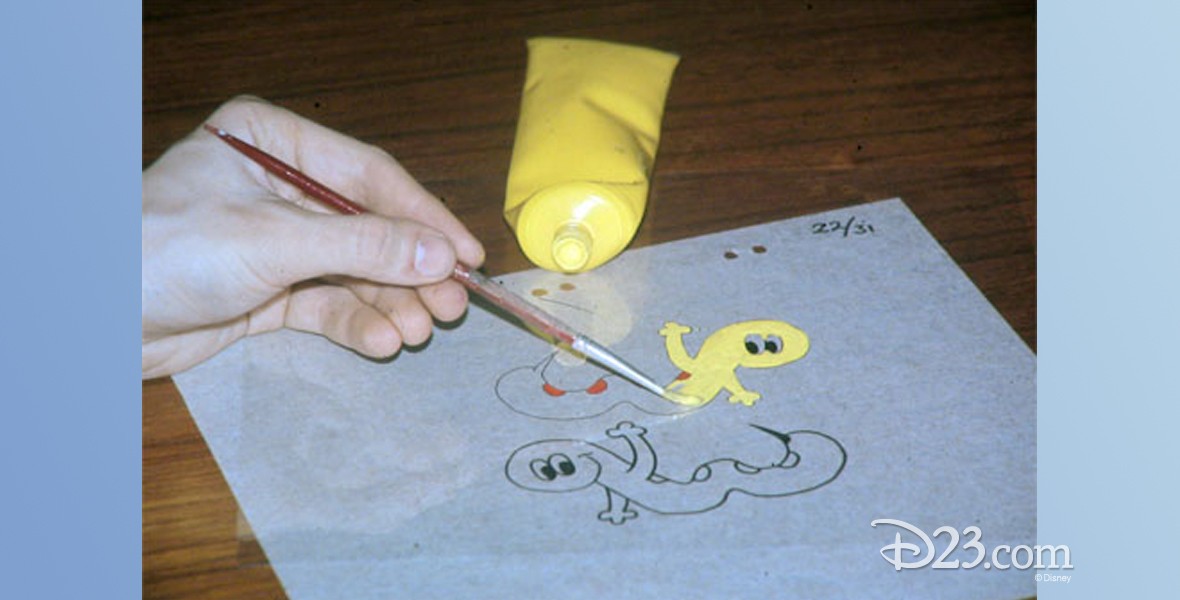 Cel The clear celluloid on which the characters were painted during the animation process. The painted celluloid, or cel, was placed over a background and photographed, becoming one frame of the animated film. There are 24 frames per second in an animated film, but most cels containing characters are often held for two frames. If there are several characters in a scene, each may be painted on a different cel. Since a typical animated short runs six to eight minutes in length, that equals 4,500 to 12,000 cels, or more, per cartoon. Cels up to 1940 were nitrate based, and quite unstable. In fact, a pile of them could constitute a fire hazard. In 1940, Disney switched to cellulose acetate, a much safer medium. Disney cels were sold as works of art by the Courvoisier Galleries from 1938 to 1946, then at Disneyland beginning in 1955. The Disney Art Program, later known as Disney Art Editions and Disney Art Classics, began in the 1970s handling the sale of production cels, as well as creating special limited-edition cels, serigraphs, and other forms of collectible art. With The Rescuers Down Under, cels were no longer used in the production process, being replaced by the computer.