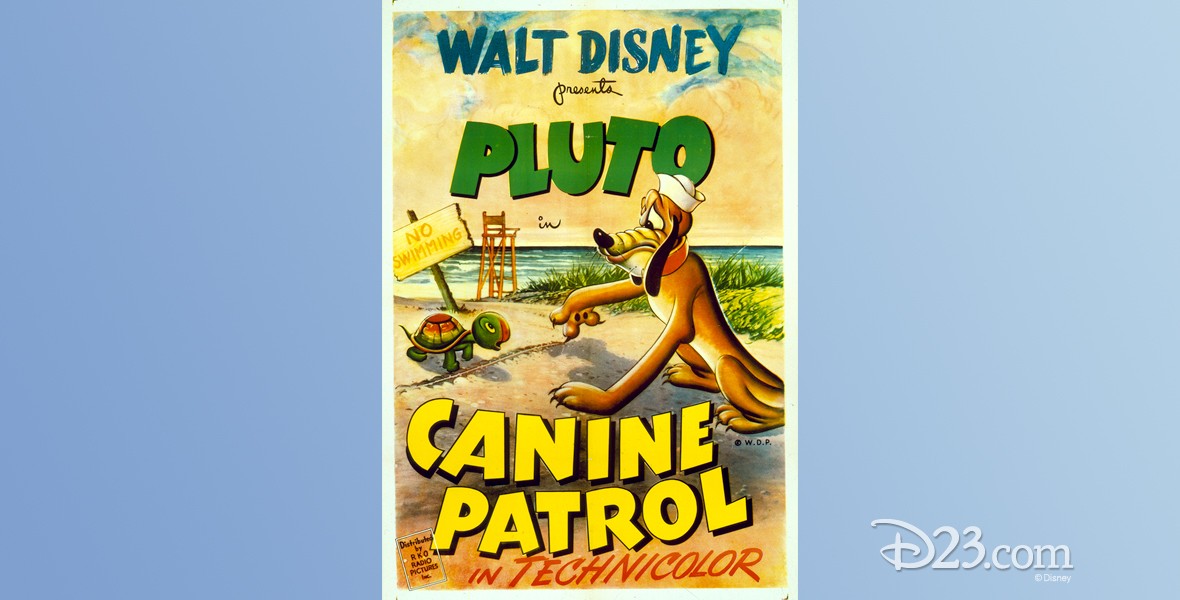 Canine Patrol (film) Pluto cartoon; released on December 7, 1945. Directed by Charles Nichols. While patrolling the beach, Pluto runs into a baby turtle who he will not allow to go into the water because of a “No Swimming” sign. But, when Pluto inadvertently falls in quicksand, the turtle saves him and the two become friends.