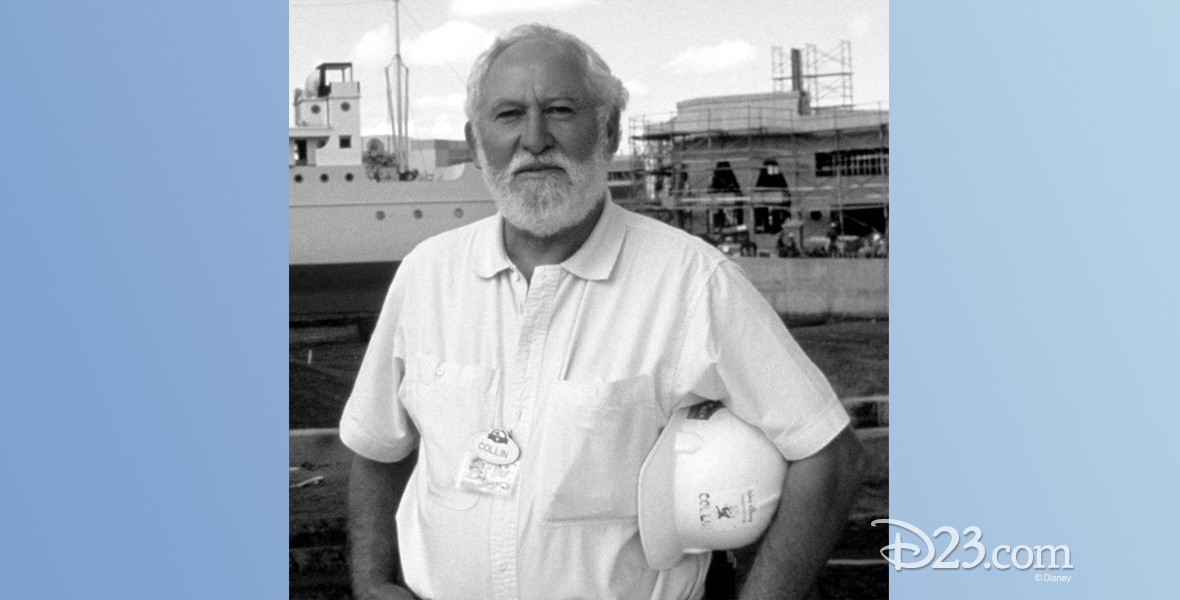 Campbell, Collin (1926-2011)  After two stints in the Traffic Department at the Disney Studio in the mid 1940s, Collin returned after art school to jobs in the Animation Department as inbetweener and layout artist.  In 1961, Walt Disney reassigned him to WED Enterprises where he helped develop the Enchanted Tiki Room and worked on New York World’s Fair projects and Pirates of the Caribbean before moving on to create much of the overall feel for Walt Disney World.  He retired in 1990 after working on concept art for Disney-MGM Studios and Disneyland Paris.  He was named a Disney Legend posthumously in 2013.