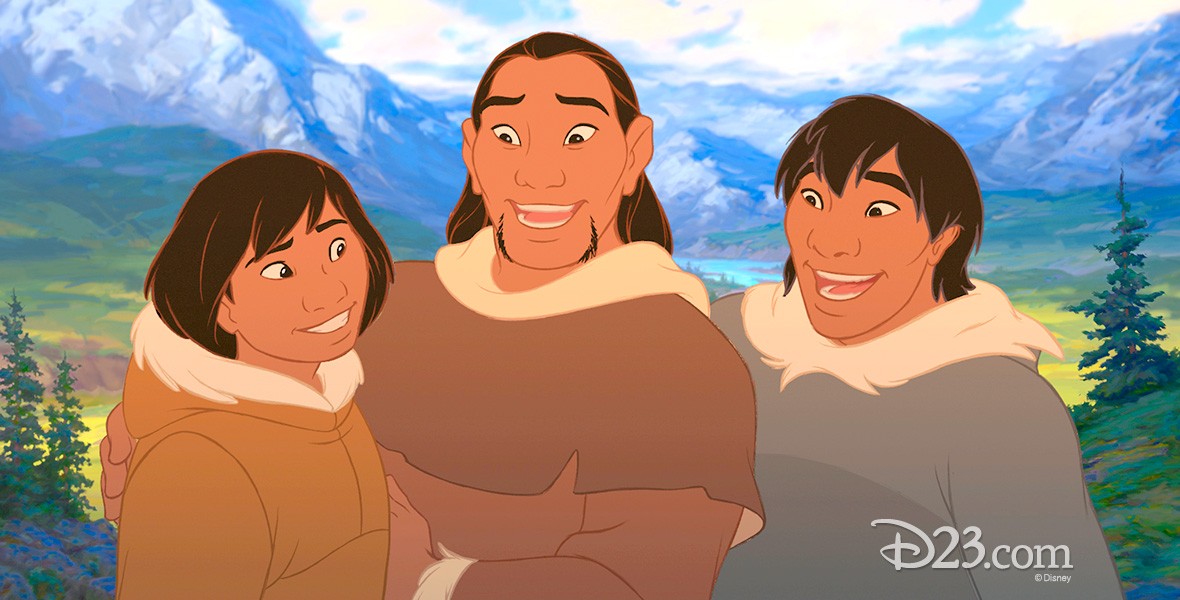 Brother Bear (film) Set in the Pacific Northwest after the last Ice Age, this animated film tells the tale of three Native American brothers; Sitka, the eldest, Denahi, and Kenai, the youngest. After Sitka is accidentally killed by a bear, Kenai sets out on a quest of vengeance, only to be turned into a bear himself by the Great Spirits. As he discovers the world through the eyes of another, Kenai is befriended by a rambunctious bear cub named Koda and has a hilarious encounter with a pair of misguided moose, Tuke and Rutt. Kenai discovers that Denahi is attempting to avenge his death by trying to kill the bear that Kenai has become, believing that it is Kenai’s killer. Before all is resolved, Kenai must decide whether he wants to change back into his human form or continue living as a bear. Released on November 1, 2003, after an October 24 limited release in New York and Los Angeles. Directed by Aaron Blaise and Robert Walker. Voices include Joaquin Phoenix (Kenai), Jeremy Suarez (Koda), Jason Raize (Denahi), Rick Moranis (Rutt), Dave Thomas (Tuke), D.B. Sweeney (Sitka), Michael Clarke Duncan (Tug), Joan Copeland (Tanana), Estelle Harris (Old Lady Bear), Bumper Robinson (Chipmunks). 85 min. Jason Raize had originated the role of Simba in the Broadway production of The Lion King. Includes six songs by Phil Collins. Created at the Disney Feature Animation Studio in Florida. The last two thirds of the film, after Kenai is changed into a bear, are filmed in Cinemascope. The working title was Bears. It received an Academy Award nomination as Best Animated Feature. Released on video in 2004.