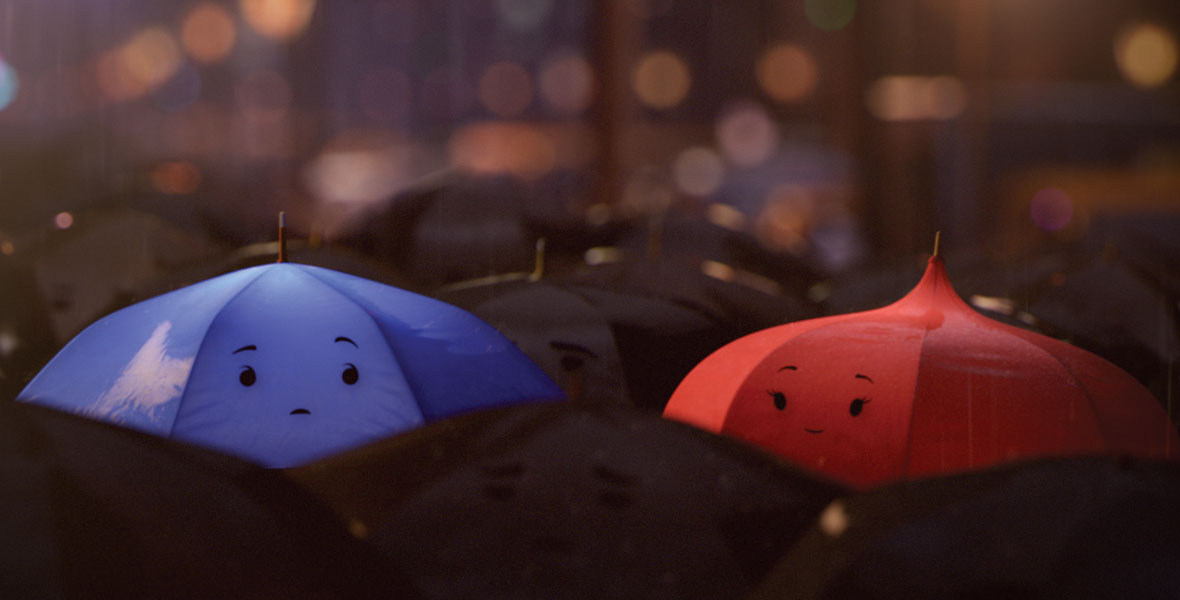 Blue Umbrella, The (film) Short cartoon released with Monsters University on June 21, 2013, after a debut at the Berlin International Film Festival on February 12, 2013. Falling for a red umbrella, a blue umbrella finds itself wind-blown and weather-beaten during a rainstorm. Directed by Saschka Unseld. Rather than originating in the animation or story departments, this film began in Pixar’s camera and staging department. 6 min.