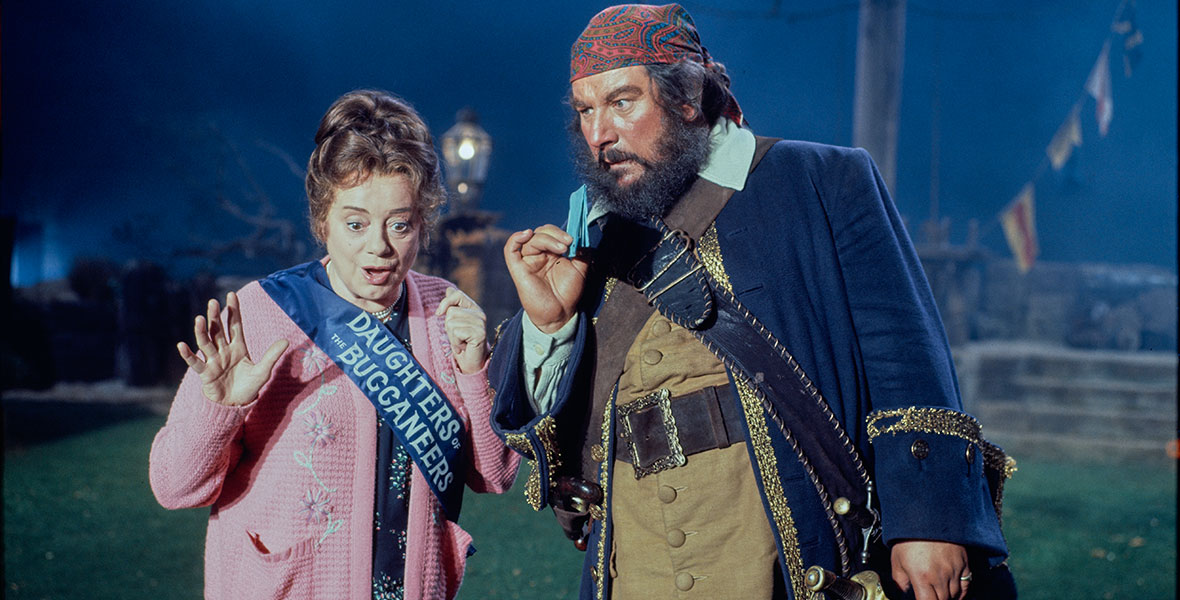 Blackbeard’s Ghost (film) Upon his arrival in the tiny fishing town of Godolphin where he will be track coach of the college team, Steve Walker inadvertently summons the ghost of the infamous Captain Blackbeard. The rascally old pirate causes him nothing but trouble, but, in the end, finally helps the coach win a track meet and a girlfriend and outwit some gangsters, which earns the ghost his desired eternal rest. Released on February 8, 1968. Directed by Robert Stevenson. 107 min. Stars Peter Ustinov (Blackbeard), Dean Jones (Steve Walker), Suzanne Pleshette (Jo Anne Baker), Elsa Lanchester (Emily Stowecroft), Joby Baker (Silky Seymour). This supernatural comedy re-teamed the popular Jones and Pleshette from The Ugly Dachshund, and with the spirited flamboyance of Ustinov as Blackbeard, made the film a box-office winner, with a reissue in 1976. The film was based on a book by Ben Stahl. Released on video in 1982 and 1990.