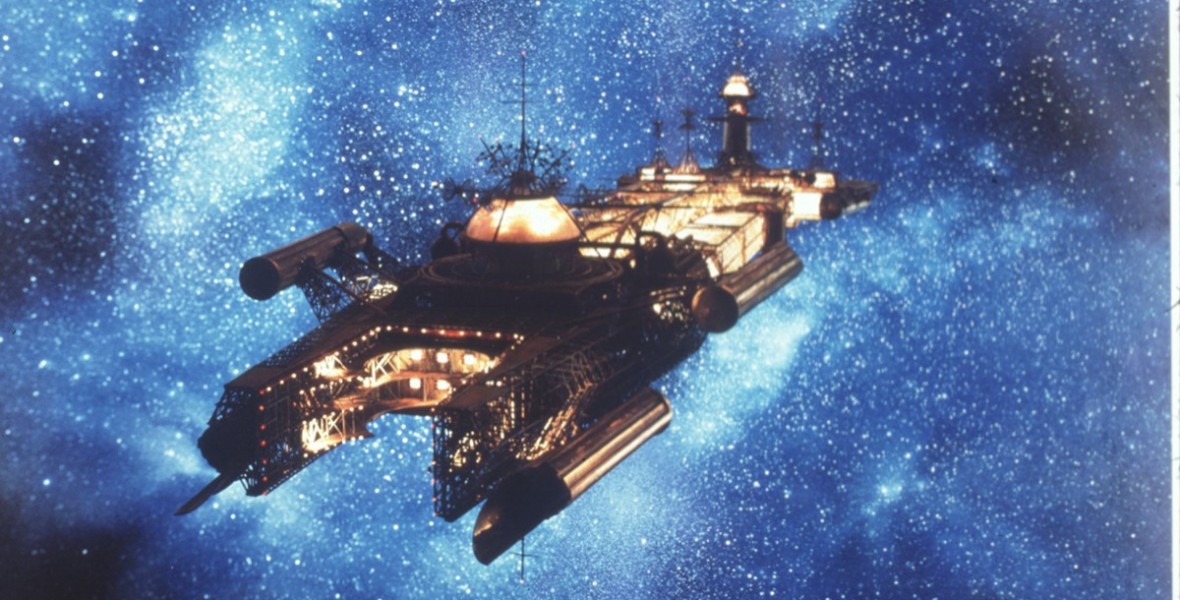 Black Hole, The (film) The explorer craft U.S.S. Palomino is returning to Earth after a fruitless 18-month search for extraterrestrial life when the crew comes upon a supposedly lost ship, the magnificent U.S.S. Cygnus, hovering near a Black Hole. The ship is controlled by Dr. Hans Reinhardt and his monstrous robot companion, Maximillian. But the initial wonderment and awe the Palomino crew have for the ship, and its resistance to the power of the Black Hole, turns to horror as they uncover Reinhardt’s plans, which involve turning his former crew into robots and flying through the Hole. As they try to escape, a meteorite shower damages the ship, and the survivors hang on as they are plunged into the most powerful force in the universe, heading toward the blinding light that holds whatever eternity awaits them. Premiered in London on December 18, 1979; U.S. premiere on December 20, 1979. Directed by Gary Nelson. First film made by the Disney Studio to receive a PG rating. 98 min. Stars Maximilian Schell (Dr. Hans Reinhardt), Anthony Perkins (Dr. Alex Durant), Robert Forster (Capt. Dan Holland), Ernest Borgnine (Harry Booth), Yvette Mimieux (Dr. Kate McCrae), Joseph Bottoms (Lt. Charles Pizer). The film was five years in development, 14 months in production, and cost $20 million. It failed to recoup its terrific cost, but wowed audiences with the dazzling special effects created by A.C.E.S. (Automatic Camera Effects Systems). All the soundstages at the Disney Studio were occupied by the production. Nearly 14 months of simultaneous and postproduction filming and processing were required by the studio’s photographic process laboratory and special effects departments. In some scenes, as many as 12 different photo processes were used simultaneously on the screen. Four Academy Award winners supervised the special effects: Peter Ellenshaw, production designer and director of special effects; Eustace Lycett and Art Cruickshank, special photographic effects; and Danny Lee, special visual effects. The film was nominated for Academy Awards for Cinematography (Frank Phillips) and Visual Effects. The film’s original producer, Winston Hibler, died during production. Released on video in 1980 and 1983.