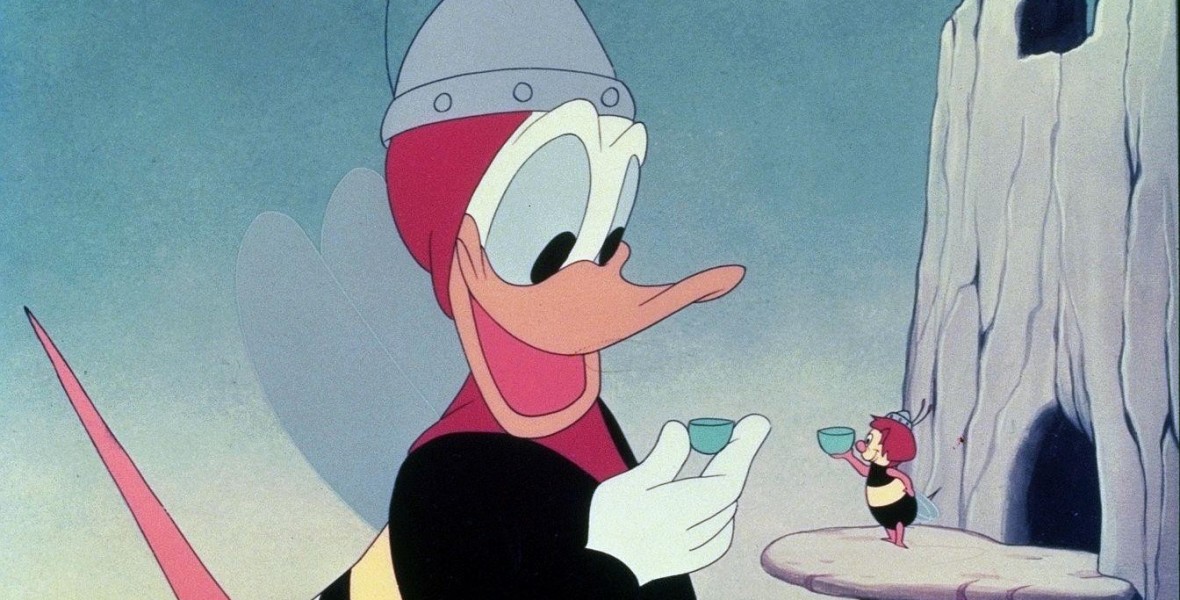 Bee on Guard (film) Donald Duck cartoon; released on December 14, 1951. Directed by Jack Hannah. When Donald discovers bees taking honey from his flowers, he raids their beehive dressed as a giant bee, fooling the bee on guard. The bee is banished in disgrace but is welcomed back as a hero after he wins a ferocious battle with Donald.