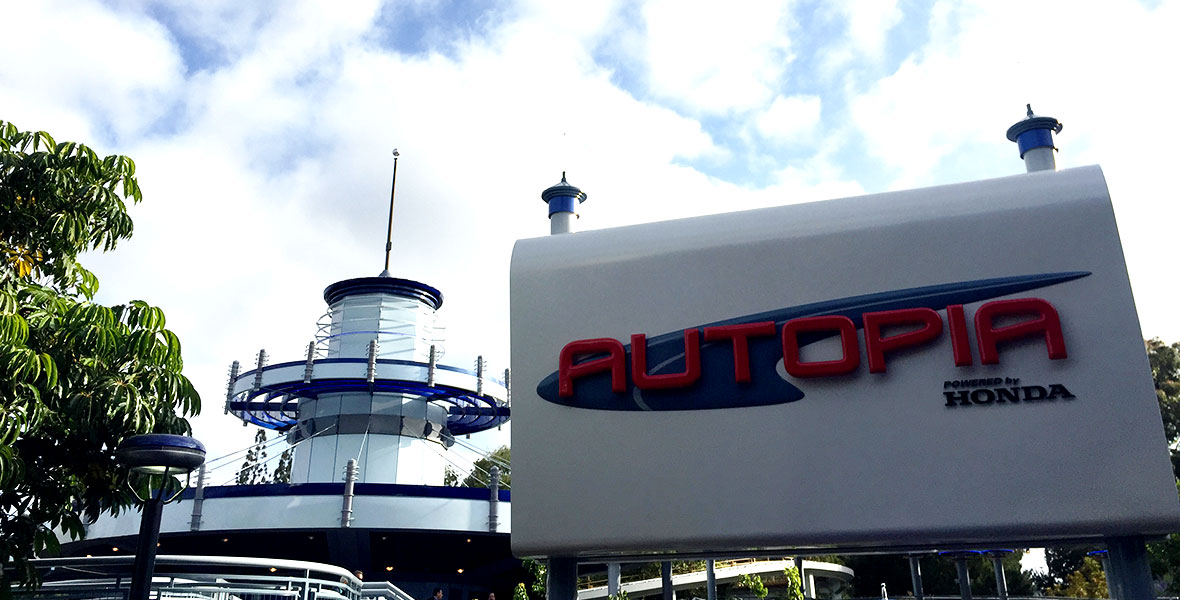 Autopia Tomorrowland attraction at Disneyland; opened July 17, 1955. Sponsored by Richfield (1955–1970), Chevron (2000-2012) and Honda (2016 -). Redesigned in 1959, 1964, and 1968. Also a Discoveryland attraction in Disneyland Paris; opened April 12, 1992, and in Tomorrowland at Hong Kong Disneyland; opened July 13, 2006. The Disneyland Autopia was closed September 1999–June 2000 for an extensive remodeling with the Chevron sponsorship. For children and teenagers under the driving age, Autopia has always given them a chance to drive a car on a freeway, though it is continually a problem to convince them that this is not a carnival bumper car attraction, especially when a friend, or parent, is in the car in front. People who were youngsters in the 1950s sometimes still have their Richfield Autopia driver’s license, on which you could place your thumbprint and biographical data necessary to make you a licensed Autopia driver. See also Fantasyland Autopia, Junior Autopia, and Midget Autopia and Grand Prix Raceway.