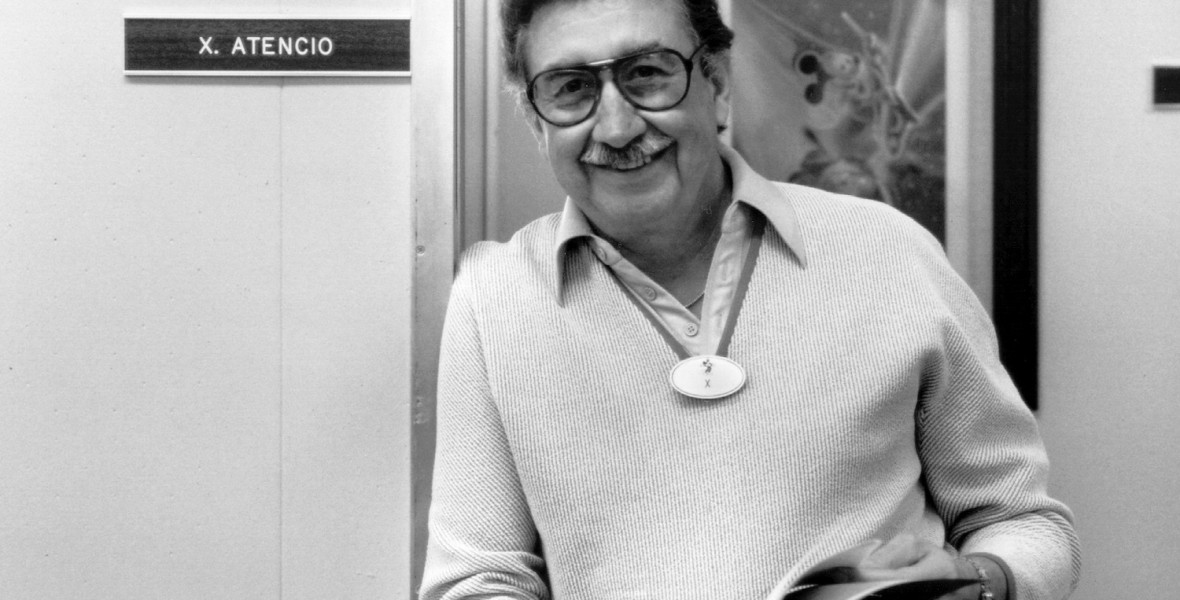 Atencio, Francis X. (1919-2017) He joined Disney in 1938 as an in-betweener and became an assistant animator on Fantasia. He worked on the inventive Noah’s Ark, Jack and Old Mac, and A Symposium on Popular Songs, using stop-motion animation in collaboration with Bill Justice. In 1965, he moved to WED Enterprises, where he worked on Primeval World, Pirates of the Caribbean, Adventure Thru Inner Space, and The Haunted Mansion. For the Disneyland attractions, he wrote the words for “Yo Ho; A Pirate’s Life for Me” and “Grim Grinning Ghosts.” (The X stands for Xavier, but he was called X ever since high school pals gave him that nickname.) He retired in 1984, and was named a Disney Legend in 1996.

At the Movies (television) Atkinson, Rowan