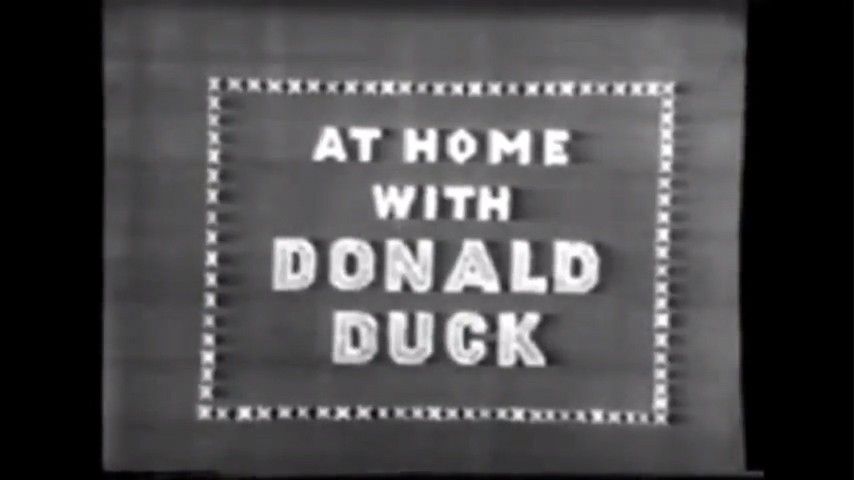 At Home with Donald Duck (television) Television show, aired on November 21, 1956. Directed by Jack Hannah. A compilation of cartoons for Donald’s birthday. Includes a segment with Cubby O’Brien and the Firehouse Five Plus Two. A rerun in 1976 was titled Happy Birthday Donald Duck, and substituted footage from the new Mickey Mouse Club for the latter segment.