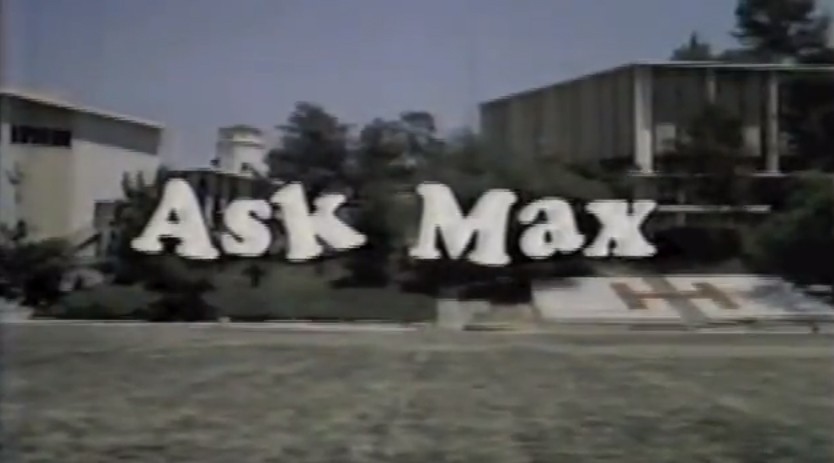 Ask Max (television) Television show, aired on November 2, 1986. Directed by Vincent McEveety. Young scientific genius, Max, tries to impress a girl but she ignores the overweight boy. By designing a special bicycle, which comes to the attention of a toy company, Max comes into great amounts of money, but he learns that money will not win him the girl. Instead, he becomes a hero by helping save an aircraft plant, which employs many locals, from closing. Stars Jeff B. Cohen, Ray Walston, Cassie Yates, Gino DeMauro.