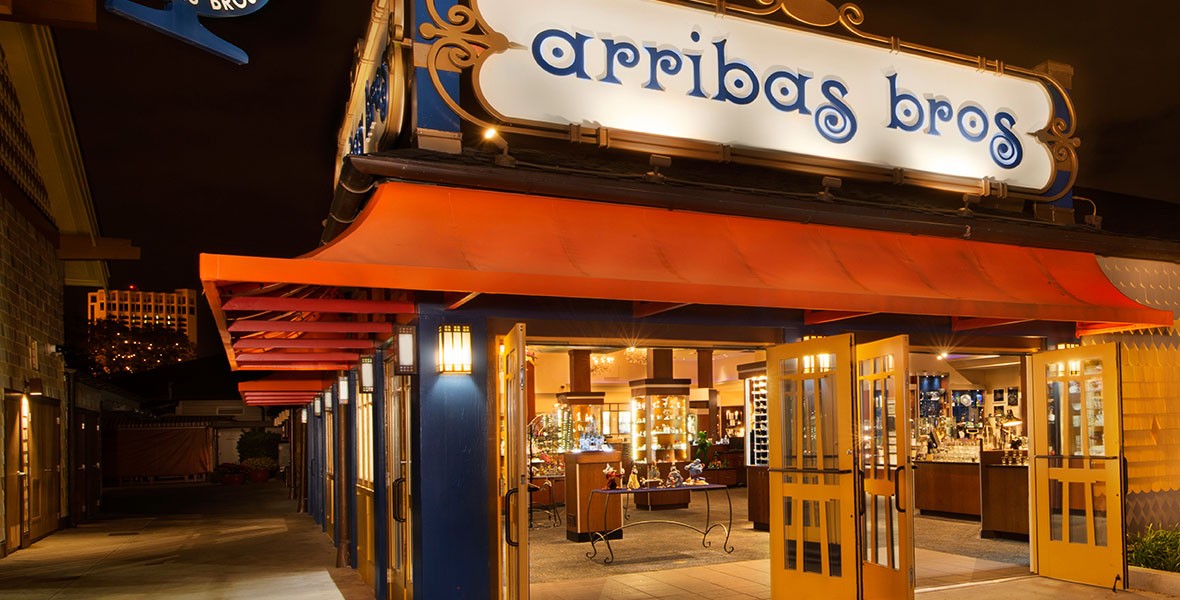 Arribas Brothers Participant at Disney parks and resorts, first as glassblowers in Fantasyland at Disneyland Park beginning June 15, 1967. The glassblowing and cutting work of Alfonso and Tomas Arribas had reportedly caught the attention of Walt Disney when the brothers represented Spain at the 1964–65 New York World’s Fair. After the success of their operations in Fantasyland (which ended in 1987), their brother, Manuel, joined them to open Cristal d’Orleans, which opened July 24, 1966 in New Orleans Square. Items ranging from affordable small jewelry to large sculptures have been sold. In 1971, Alfonso and Tomas relocated to Walt Disney World to open Crystal Arts on Main Street, U.S.A., and a similar shop opened at Disneyland on June 24, 1972, where Manuel has continued to work. At Walt Disney World, the brothers’ work could be seen in The King’s Gallery inside Cinderella Castle from December 1972 until July 5, 2007; they continue to operate in Caribbean Plaza at Magic Kingdom Park, at the Marketplace at Disney Springs, and at the Germany and Mexico pavilions at Epcot. Their work could also be found at Euro Gifts & Collectibles at the Disneyland Hotel until 2010 and the Downtown Disney District in Anaheim. Additional locations are in Tokyo Disney Resort, Disneyland Paris, and Hong Kong Disneyland. The company’s work is also sold at Disney Store online. Tomas passed away in 2002, and Alfonso has retired in Florida. Alfonso’s son, Rudy, is now president of the company.