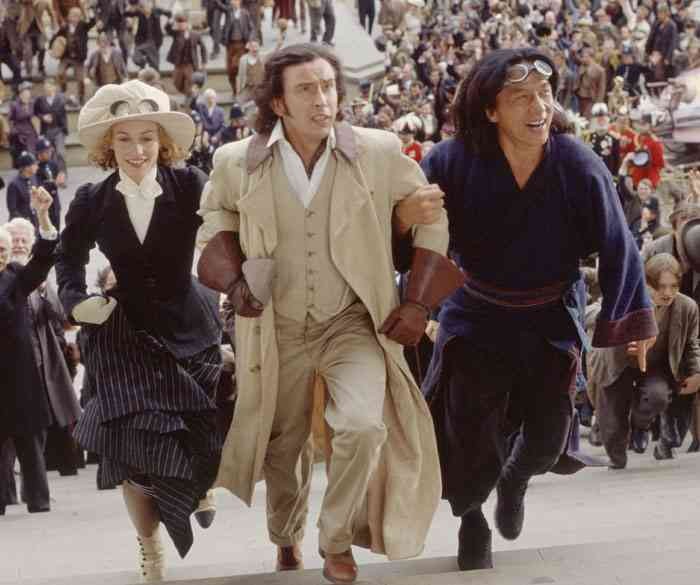 Around the World in 80 Days (film) Eccentric London inventor, Phileas Fogg has come up with the secrets of flight, electricity, and even rollerblades, but the world has dismissed him as a crackpot. Desperate to be taken seriously, Fogg makes an outlandish bet with Lord Kelvin, the head of the Royal Academy of Science, to circumnavigate the globe in no more than 80 days. With his two sidekicks—Passepartout and femme fatale Monique—Fogg is headed on a frantic, heart-pounding, round-the-world race that takes our heroes to the world’s most exotic places by land, sea, and air, facing many adventures and obstacles along the way. Directed by Frank Coraci. A Walt Disney Pictures/Walden Media film. Released on June 16, 2004. Stars Steve Coogan (Phileas Fogg), Jackie Chan (Passepartout), Cécile De France (Monique), Jim Broadbent (Lord Kelvin). Cameos include Kathy Bates (Queen Victoria), Owen and Luke Wilson (the Wright Brothers), Arnold Schwarzenegger (Prince Hapi). 120 min. Based on the novel by Jules Verne. A remake of Mike Todd’s classic 1956 film for United Artists starring David Niven and Cantinflas. Filmed in Super 35-Scope. Released on video in 2004.