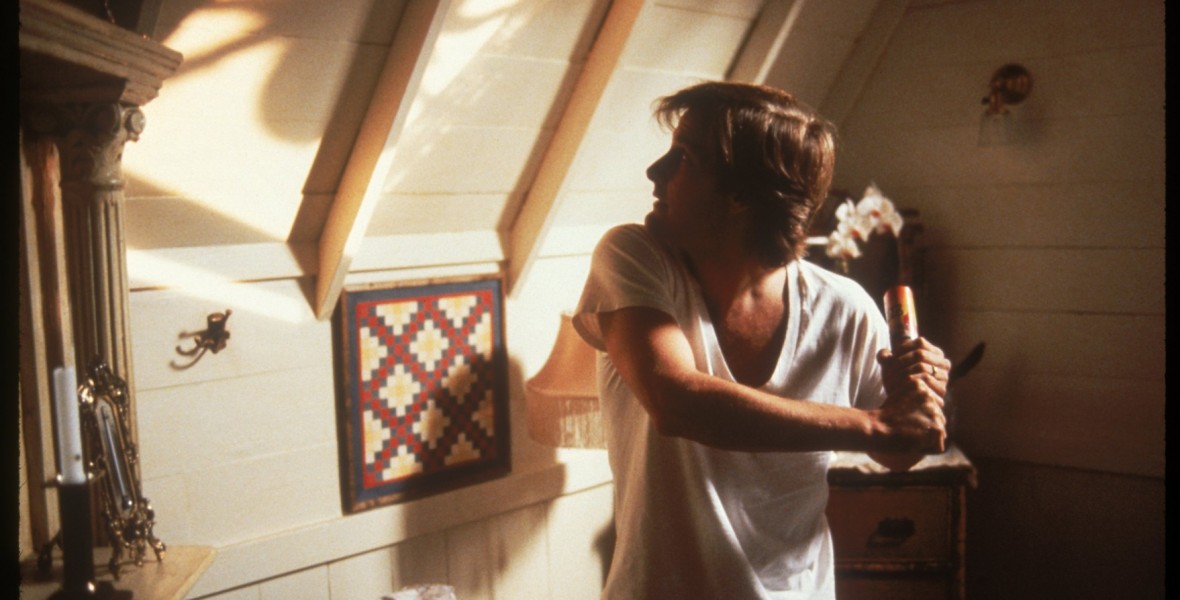 Arachnophobia (film) Fed up with the frustrations of big-city living, Dr. Ross Jennings moves his wife and two kids to the sleepy community of Canaima, California. They soon learn that they are not the only recent arrivals. Jennings discovers a deadly spider, accidentally imported from the Amazon jungles, that has mated and set thousands of offspring loose on the unsuspecting populace. Teamed up with exterminator Delbert McClintock, Jennings is forced to confront his past in the spine-tingling showdown. Released on July 18, 1990. Directed by Frank Marshall. The first film from Hollywood Pictures, in cooperation with Amblin Entertainment. 109 min. Stars Jeff Daniels (Ross Jennings), Harley Jane Kozak (Molly Jennings), John Goodman (Delbert McClintock), Julian Sands (Dr. James Atheron). The publicity for the film was highlighted by the phrase, “eight legs, two fangs and an attitude.” The lead spider was an Amazonian bird-eating tarantula, and the actors had to become accustomed, or at least less reticent, in working with the intimidating (and shockingly large) arachnids. Locations included a remote jungle region of Venezuela near Angel Falls, and the town of Cambria, California.  Released on video in 1991. See also Thrills, Chills & Spiders: The Making of Arachnophobia.