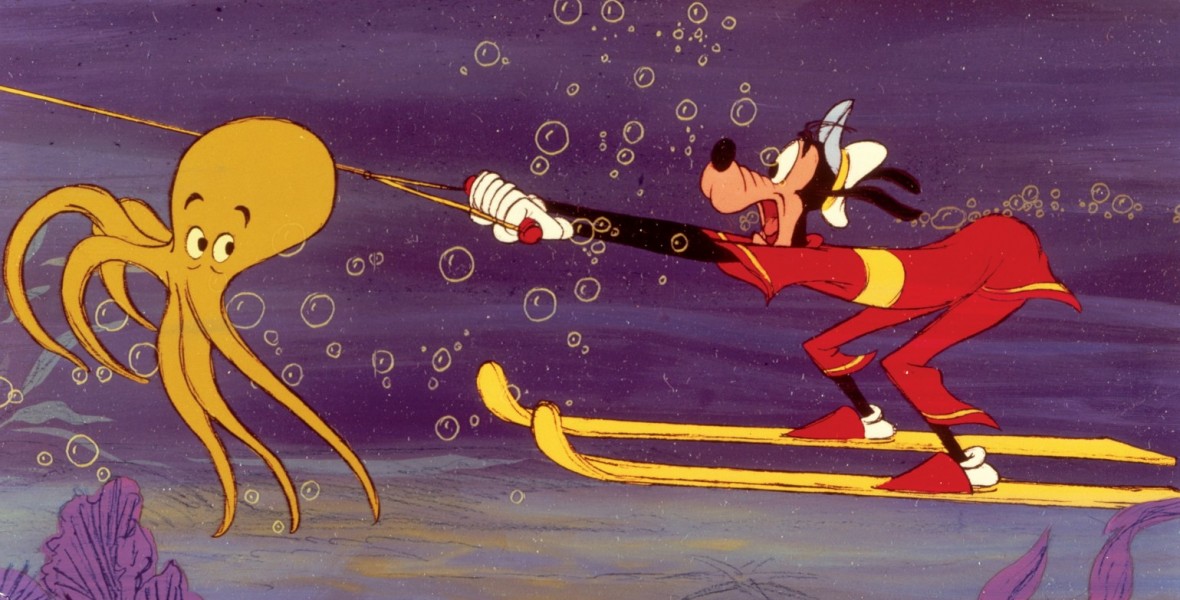 Aquamania (film) Goofy cartoon; released on December 20, 1961. Directed by Wolfgang Reitherman. Nominated for an Academy Award, this cartoon looks at how boatsman Goofy and his son spend a weekend. When Goofy demonstrates the art of water-skiing, his son is so impressed he quickly gets them into a championship race, where Goofy has all sorts of misadventures, including everything from an octopus to a roller coaster. Finally, Goofy manages to win the race and the cup.

April, May, and June Aquarela do Brasil (film)