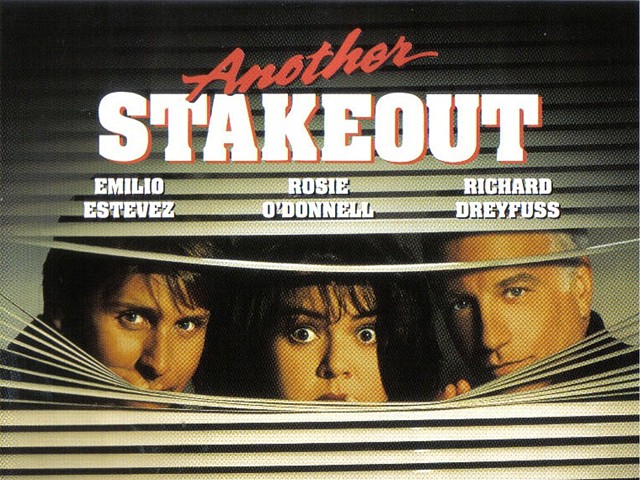 Another Stakeout (film) In this sequel to Stakeout, Las Vegas police lose an important witness when their hideout is blown up by the criminals who want the witness dead. The search for the witness moves to Seattle where two police detectives are joined by a female assistant DA in staking out a couple on Bainbridge Island; the trio pose as father, mother, and son, and have as much trouble getting along with each other as they do with their surveillance. Released on July 23, 1993. Directed by John Badham. A Touchstone film. 109 min. Stars Richard Dreyfuss (Chris Lecce), Emilio Estevez (Bill Reimers), Rosie O’Donnell (Gina Garrett), Cathy Moriarty (Lu Delano), Dennis Farina (Brian O’Hara), Marcia Strassman (Pam O’Hara). Location filming took place in Las Vegas and in the vicinity of Vancouver, British Columbia, Canada. Released on video in 1994.