Home / Disney A to Z / A / Animation Building 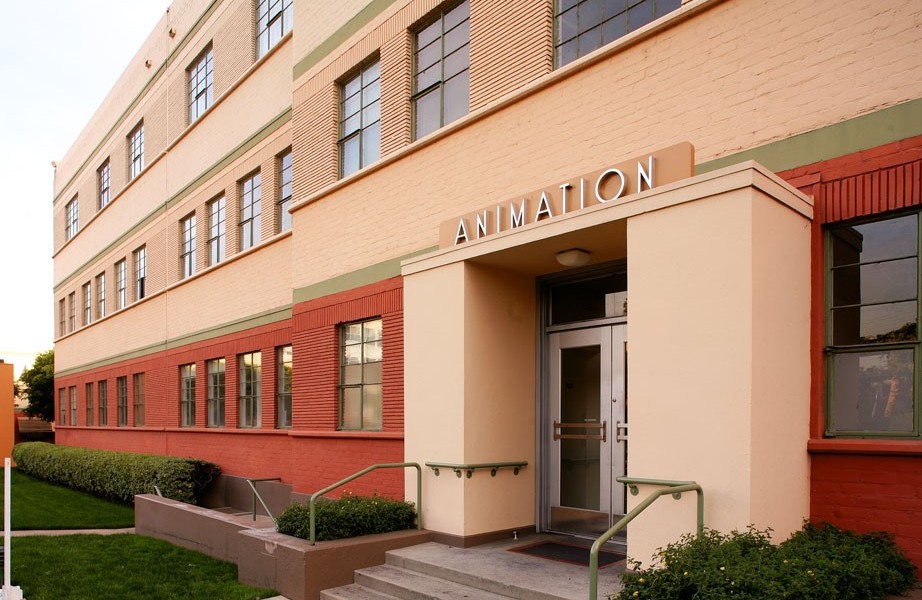 Animation Building The major building at the Disney Studio when it was built in 1939-40, designed by architect Kem Weber. Divided into separate wings, the three-story structure was earthquake resistant and provided space for the different animation units and the executive offices. It was one of the first major buildings to be air conditioned in Southern California, and was designed so that all of the offices had windows and the artists could get outside light. Walt Disney’s office was located on the third floor. Over the years, as live-action production and other company activities encroached on animation, less and less of the building was used for that purpose. Finally, in 1985, all the animation offices moved to a building near Walt Disney Imagineering in Glendale. In late 1994, a newly constructed animation building opened at the Disney Studio, just across Riverside Drive, and the animators made a triumphant return to the lot; it was rededicated as the Roy E. Disney Animation Building in 2010. The original Animation Building has been seen in several live-action Disney films, often doubling as a college building.