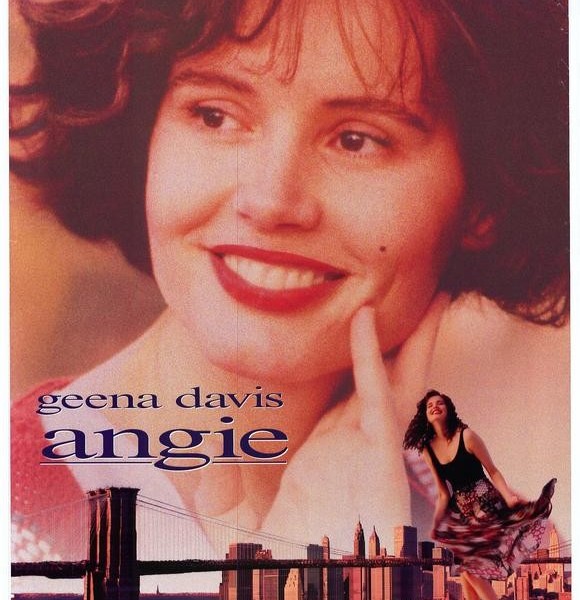 Angie (film) Born and raised in the tightly-knit neighborhood of Bensonhurst, Brooklyn, Angie has a growing need for personal fulfillment that expresses itself in ways her family and best friend Tina cannot understand. When Angie becomes pregnant by her longtime boyfriend, Vinnie, and begins an affair with Noel, a successful lawyer in Manhattan, everyone is aghast, increasingly so when Angie decides not to marry Vinnie but still have the baby.  After the child is born and her affair with Noel ends, Angie embarks on a journey of self-discovery, facing her family’s darkest secrets, and learning to take responsiblity for herself and her new baby. Released on March 4, 1994. Filmed in CinemaScope.  Directed by Martha Coolidge. A Hollywood Picture, in association with Caravan Pictures. Adapted from Avra Wing’s novel, Angie, I Says. 108 min. Stars Geena Davis (Angie), James Gandolfino (Vinnie), Aida Turturro (Tina), Philip Bosco (Frank), Stephen Rea (Noel). Location shooting took place in the Bensonhurst section of Brooklyn.