Home / Disney A to Z / A / American Adventure, The 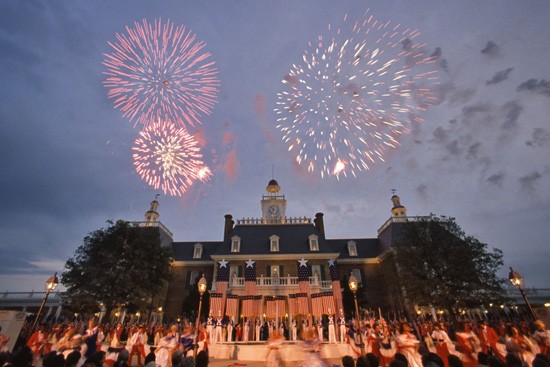 American Adventure, The Attraction in World Showcase at Epcot which celebrates the American spirit, from its earliest days right up to the present, originally sponsored jointly by American Express and Coca-Cola, opened October 1, 1982. It features some of the most sophisticated Audio-Animatronics figures produced by Disney, including one character, Benjamin Franklin, that for the first time appears to climb several steps. The sound track music was recorded by the Philadelphia Orchestra. While guests wait to enter the theater, in the lobby area, they are often entertained by the Voices of Liberty, an a capella singing group whose renditions of American folk and patriotic songs are thrilling. If you want to catch an architectural mistake, take a look at the columns in the rotunda. Their capitals have been placed on them sideways. Coca-Cola ceased their participation in 1998 and American Express in 2002.