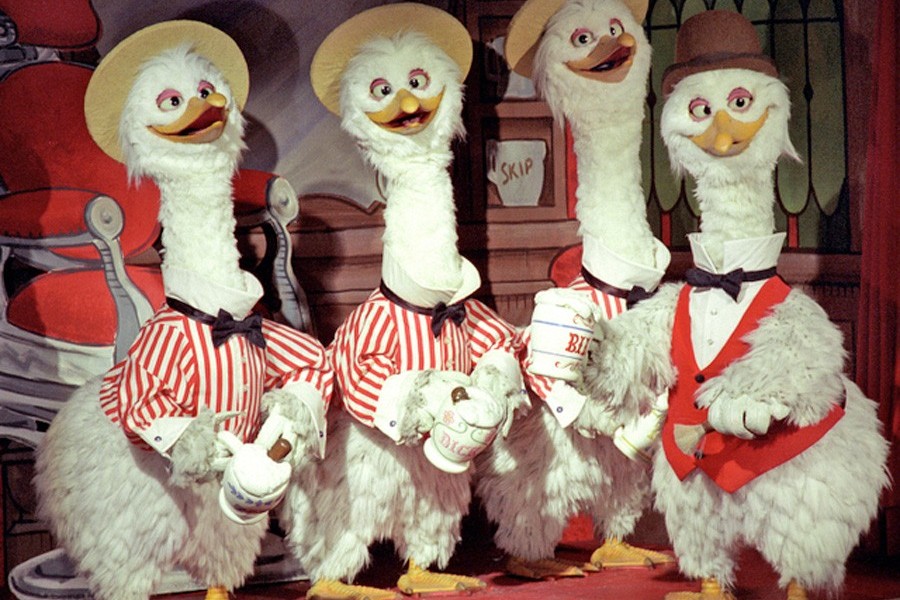 America Sings Tomorrowland attraction at Disneyland in the carousel theater originally built for the GE Carousel of Progress, from June 29, 1974 to April 10, 1988. The narrator was Sam the Eagle, periodically interrupted by a pesky weasel. Taking the place of the Carousel of Progress when that attraction was moved to Walt Disney World, it featured over 100 characters in a history of American popular music in four separate scenes, each from a different era. The audience moved in turn to each of the scenes. When the attraction closed, many of the Audio-Animatronics characters that had populated it were moved to Critter Country to become part of Splash Mountain. America Sings is fondly remembered by many Disneyland guests.